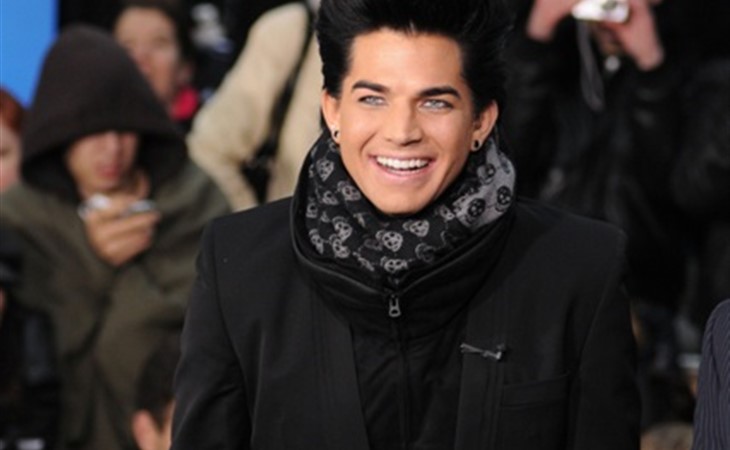 As mentioned yesterday, I don’t watch American Idol. So I didn’t give a sh-t about Adam Lambert until they started ragging on him for his AMA performance. Good Morning America scratched him yesterday, today it was a performance on The Early Show, and then this article on the MiniVan’s favourite People.com:

Is Adam Lambert a role model or a nightmare?

Thanks to Lianne B for the heads up.

They are contending that he’s more of a nightmare now because the bible thumpers and Glenn Beck wanky complainers. I linked to this in Tingles earlier but it’s worth pointing out again – Towleroad quite rightly notes that CBS this morning decided to blur what Adam did on Sunday night but when playing back the Britney and Madonna kiss from a few years ago, did not bother with a blur for that clip at all.

Said it yesterday, will repeat today:

Go read the comments below the article. This is my personal favourite:

“I was disappointed not because he is gay, but because I had to watch him being gay.”

While we’re on the subject of role models vs nightmares, People.com also posted this article about Lindsay Lohan remaining as artistic director at Ungaro. Funny they don’t mention at all whether or not she should be considered a nightmare even though she can barely go an hour without getting cracked up.

Let’s however end this post on a more encouraging note.

Please, please, please read this article in the hopes that one day, like he said, it’ll no longer be a story. Click here.