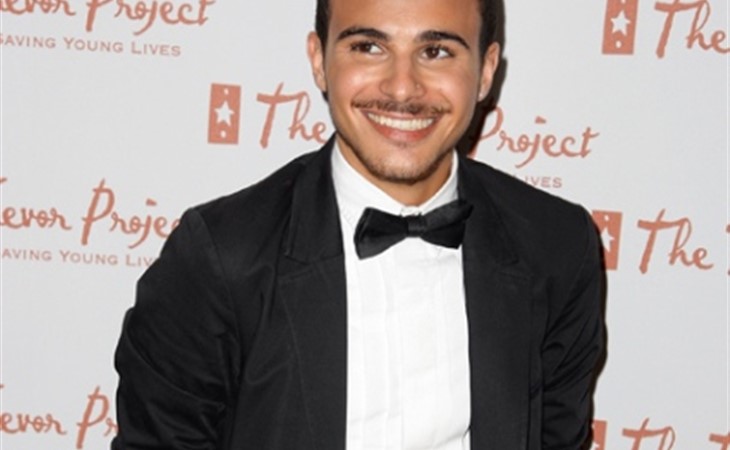 For some reason, only filthy scabs with fake tits and too many ex husbands seem to get any media play in Canada. Still… certain Canadians are “proud” of her. And even though Pamela Anderson barely has a career anymore, even though her mothering skills leave much to be desired, even though her happy habits are probably no better than Lindsay Lohan’s used to be, or still are, still they cheer when they see her at hockey games and roll out the carpet for her tits.

Then there are f&ckers like Mike Myers who respects only himself and steps on the people around him.

Meanwhile, the real success stories, and even the intriguing ones, get totally ignored.

Adamo’s co-star and bestie, the adorable Lauren Collins, was also there to present an award.

Click here for Adamo’s candid interview about coming out, about giving back, and about preparing for Pride.

Did you know Pam has a star on Canada’s Walk of Fame? WTF?

When’s Adamo getting his??? We need to build our own star system y"all.

Drake reunites with Degrassi castmates Lauren Collins, Adamo Ruggiero, and Daniel Clark in Toronto at We Are Disorderly webseries premiere