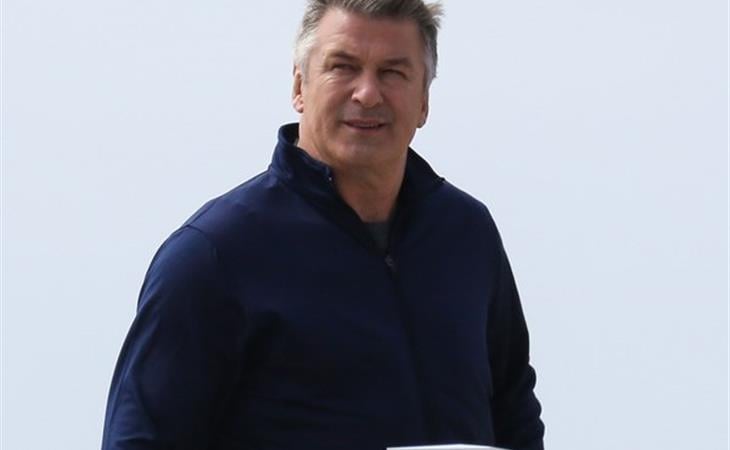 No Photos Please (but Likes are Welcome)

It’s been almost a month since Alec Baldwin “retired” from public life (click here for a refresher), so you knew he was going to pop up again soon. He can’t help himself. It’s part of his deranged charm.

This week, Baldwin’s wife Hilaria posted a photo of herself on Instagram doing a very impressive yoga pose (I’m sure I’d break something if I tried it). Apparently she’s aiming to post a pose a day. So …Hilaria is going about her day thinking, “I'm just going to post this photo of me with my legs behind my ears, what's the big deal? It's not like I want attention or something!” Besides yoga, there are plenty of pictures with their daughter and Alec as well. She has thousands of followers and anyone (including someone like me, who wants to write about them) can access the photos. These photos aren’t private – the nature of social media is pretty much the opposite of private. Some of them are downright intimate. This is public. But is it “public life”?

Hilaria also posted a photo of Alec in early March with the caption: “My husband has said goodbye to his old public life & is now launching his new career as a model...thoughts?” Why would someone working so hard to reclaim his privacy be so amenable to having his photo and his young daughter’s photo posted on social media, where it can be easily picked up by magazines and blogs …and without the photo agency fee?!

Because he may be done with public life, but he’s not done with the attention it brings. It’s because, for a lot of them, as we say consistently here at LaineyGossip.com, it’s not enough to be seen - they have to control how they are seen. For Alec, there must certainly be a distinction between posting a photo and inviting thousands of people to comment on it versus having your photo by a paparazzo. It’s much cuter to post a funny duckface than have a photo of you screaming on the street posted for you.

Obviously social media allows for a lot of control and little aggravation: when/how the photos are taken, edits, and the ability to choose which shots are posted, all of that is left up to the subject. This is how celebrities “share” (and in some cases, brand) their families on social media while lamenting about the invasiveness of today’s media.

Social media’s not “media”? With social media, they get to cherry pick their coverage and essentially act as their own photo agency. It’s as much privacy as a famewhore could ever want or need.

The story about Hilaria’s Instagram photos was picked up by various outlets yesterday afternoon. And you know what else happened yesterday? Alec Baldwin had a guest star spot on Law & Order SVU as an aggressive reporter. Because he’s totally over the drama of public life, obviously. 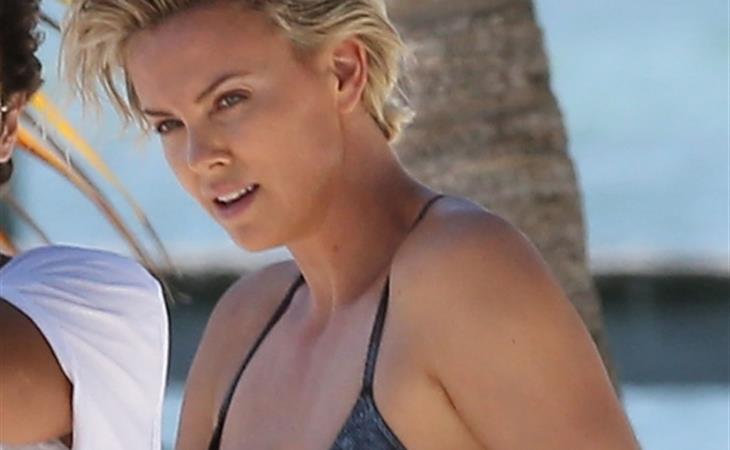 Charlize on the beach – without Sean Penn