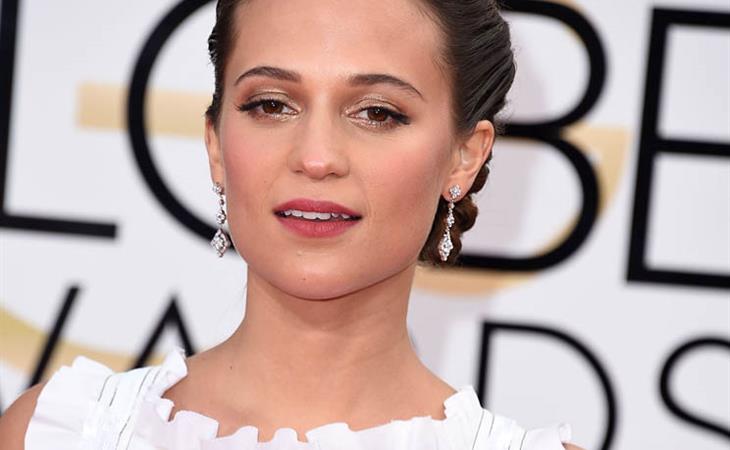 Michael Fassbender was in a movie called Steve Jobs. Nobody cared.

Michael Fassbender, like Benedict Cumberbatch and Tom Hiddleston, is internet famous. He’s fangirl famous. He’s not legit famous. He’s not Leo D. He’s not Johnny Depp. He’s not Justin Timberlake. So to say that Alicia is Amber Heard or Jessica Biel is kinda… well…is doesn’t make sense. There’s nothing he can give her. He can barely give it to himself!

I enjoyed them last night. Mostly because he was in great spirits – the Moet probably helped – and every time they cut to him he looked like he was having a good time. There’s also this:

Her expression there is endearing to me. The entire planet knew it would be Leo and definitely not Fassbender and still, she’s hoping for a miracle. Can you imagine what would have happened if he actually won?

The dress? It was OK. I shrugged at first when I saw it from the front. The back excited me, a little. But this has been her style game all season. She wears beautiful clothes that don’t stand out. This is not exactly an Amber/Biel play either. 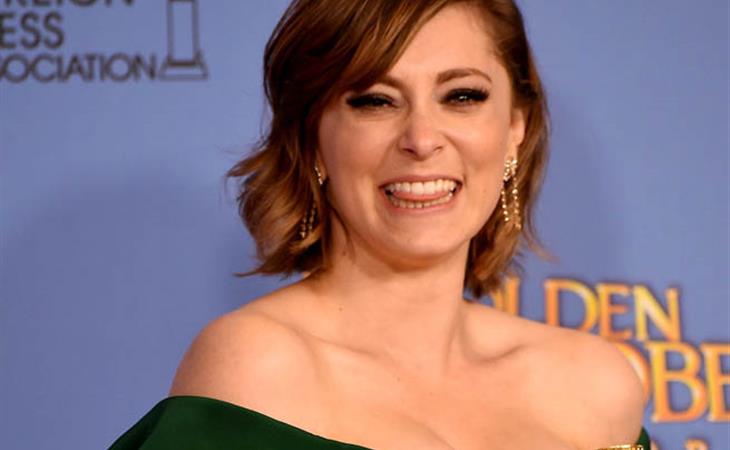 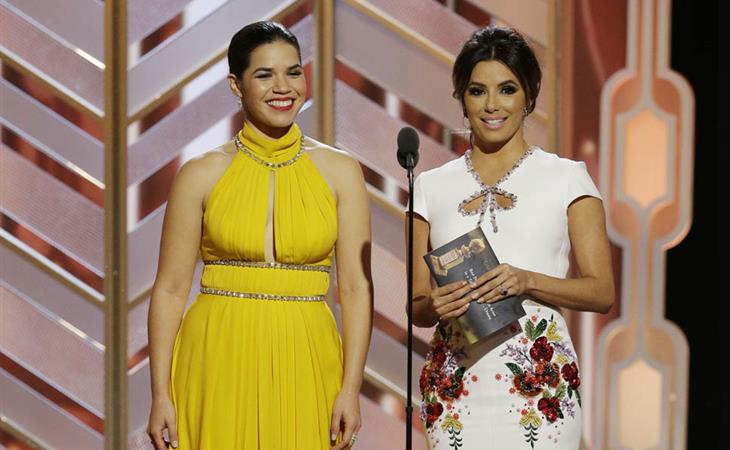