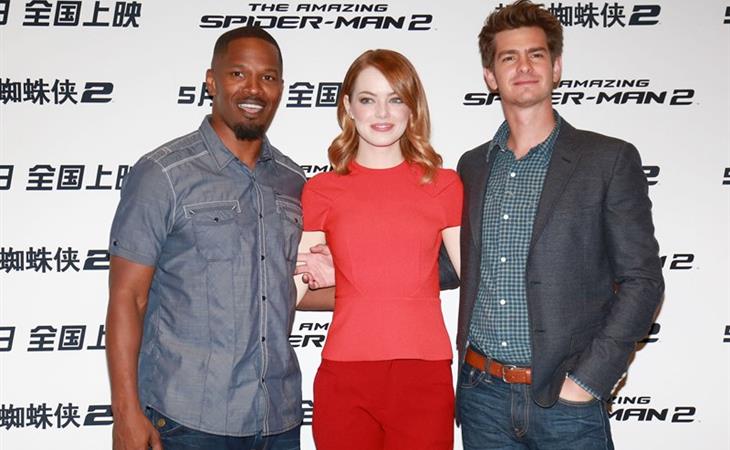 You love your job. You get to travel the world talking about your job. You are Spider-Man after all. And… bonus! You’re in love and your girlfriend is doing her job right beside you. One of the most energetic party people in Hollywood is along for the ride too. Life can’t really suck, right?

The Amazing Spider-Man 2 press tour looks like it doesn’t suck at all, especially not for Andrew Garfield who might actually be my most favourite famous person right now. Because he’s just been SO great. Maybe even as nice as Channing Tatum. You can’t not root for Andrew Garfield. He goes to Australia and visits the sick children. He teaches kids how to surf. He hugged a girl who initially didn’t want to hug him – click here to read about that. He went bike riding, happily, with Emma in Beijing. And then he played ping-pong…rather well!

Also… he gave us some raining down jazz hands while attempting to dance:

Come on. Just admit this is f-cking cute and hit replay. I won’t judge you. I did, several times.

At some point they all start to become miserable f-cks. At some point they stop trying. Or wanting to try. At some point they make more of an effort to remind themselves that they hate it instead of just actually enjoying it and riding it out. And that might happen eventually to Andrew Garfield. Maybe. But right now he is perfect. And I’d love to believe that he could be one of the few – like, say, Dustin Hoffman – who never stops. 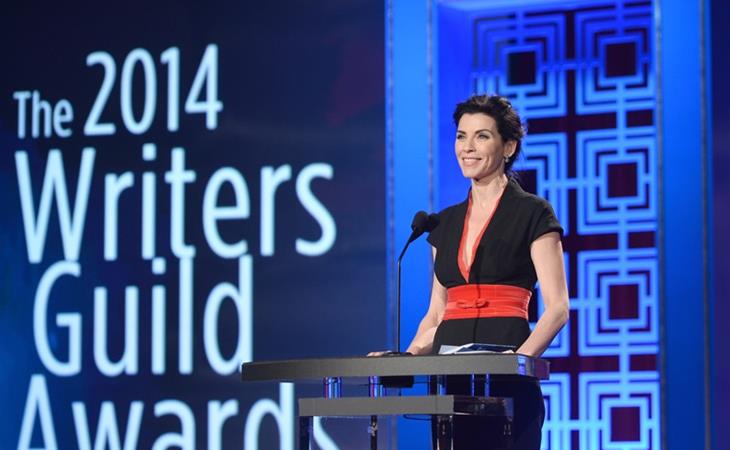 The Education of Alicia Florrick