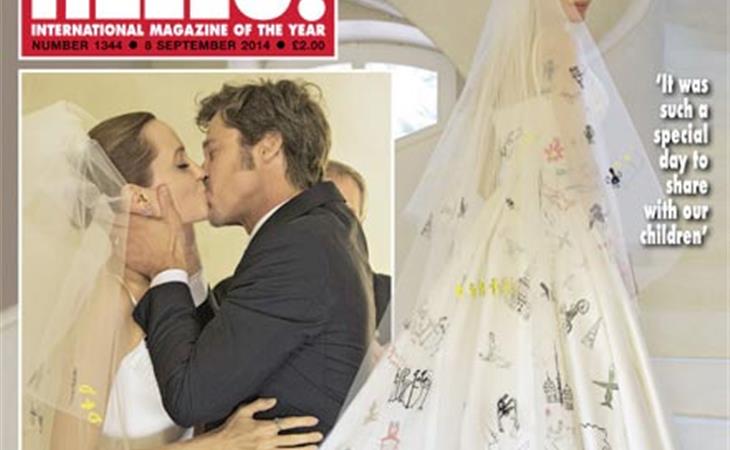 Like I said, they’re always so considerate. You’re a slug after the long weekend. You can’t imagine what could get you hard, coming back to work after 3 days off.

This is how they welcome you. Who cares about nude photos?

All that matters: the Brange wedding photos. Spectacular wedding photos in PEOPLE and HELLO, like it was when they sold their baby photos. So far, it’s not known how much both publications paid for the exclusive rights to the event. These were the two publications that could afford the most money. And of course, any amount will go to their foundation. If it were me, as always, I’d be advising them to match the amount with their own cheque to double the significance of the donation. I just…

When I think PEOPLE weddings now, I think of Justin Timberlake jumping on his wife’s head. 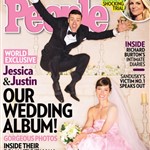 Then again, JT had to share his PEOPLE wedding cover with Britney Spears and, um, Jerry Sandusky. You’ll note, Brange doesn’t share with anyone. Brange is the only story. Or, rather, Angelina is the main story. Because both PEOPLE and HELLO decided to make her the main focus. Brad only appears as an inset.

Are you curious about how these are negotiated? Between PEOPLE and HELLO? Or, editorially, do they make their decisions independently? PEOPLE decided to go with a front shot of the Jolie (with a blurry hand) and a family shot of them together with the children as the complement. HELLO went with the back of the dress and…

But I do love the dress. I love the Old Hollywood movie star feel about it. I love the doodles, the children’s artwork, obviously, and I especially love that Pax baked the cake.

Which brings me to my next point. All those reports that came out after the fact – how the boys wore linen suits, etc…?

Those boys don’t look like they’re in linen. Maddox, Pax, Shiloh, and Knox are in non-linen black suits. To match their father. Who would not have worn a linen suit to his wedding. God.

The complete wedding album is on newsstands tomorrow. Click here to read more from PEOPLE 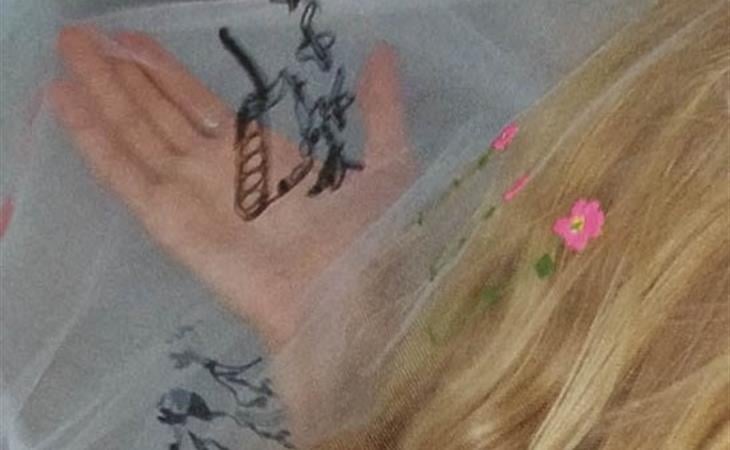 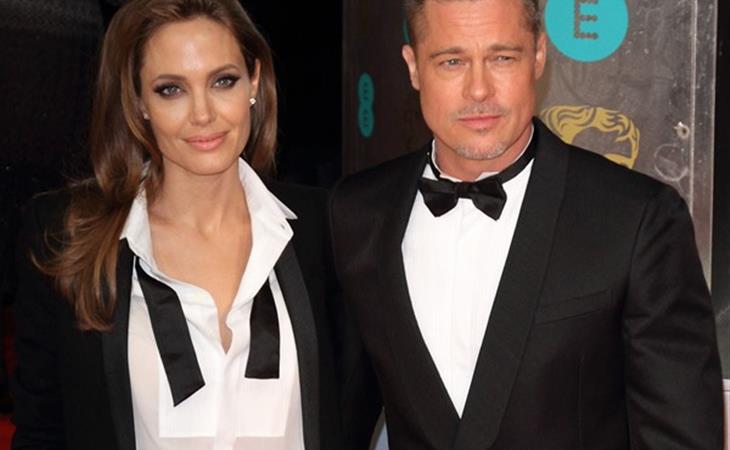