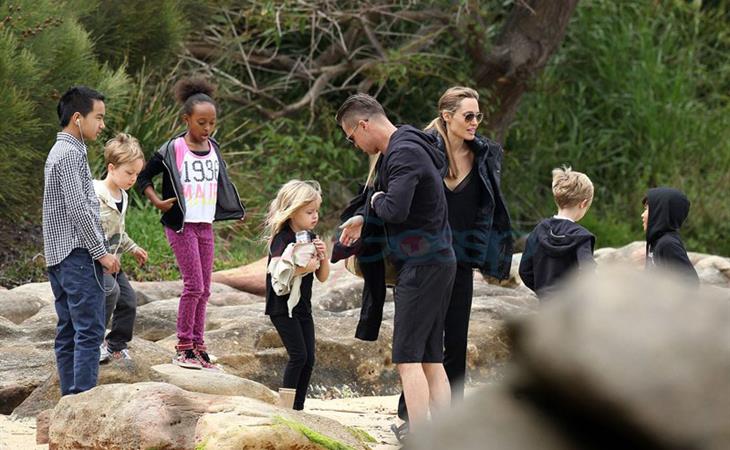 Brange on a boat with the kids

Angelina Jolie is crying on the cover of the current STAR Magazine. Something about Brad Pitt cheating on her and their relationship is almost over. STAR would have gone to print around December 2/3. Needless to say, they had no idea that just as they were closing the issue, Brange was in Australia on December 3, together, with their children, enjoying a family boat ride and beaming at each other with affection. Does this… 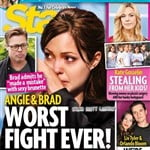 It’s the perfect setting – the sun is out and the children are unruly, especially as dad Brad tries to take pictures. Maddox is a proper young man, with a young man’s indulgent affectionate expression as he tries to cope with all his siblings, including The Chosen One Shiloh, a born entertainer, and her doppelganger little brother Knox, who has to be gripped by the wrist, just like his big sister was when she was younger. They are the wild ones to beauty queens, Miss Zahara and Vivienne, with the enigmatic Pax rounding out the group. All six, each with their distinct personalities, being raised in their parents’ spotlight, the most fascinating couple in the world and, therefore, fascinating by extension. Are their lives contained in a bubble? Given their peripatetic lifestyle, it’s not like they’re running down the street hanging out with other kids on the block. This family comes with built-in playmates. More on that note in the next post. (There are so many new Brange photos from this weekend, we’re going to split them up.)

Right now, let’s discuss Brange and award season. 12 Years A Slave seems to be losing momentum as the critics associations release their best of the year lists. Having said that, Argo slowed too at the same time last year only to surge at exactly the right time, propelled of course by Ben Affleck’s director snub from the Academy. Argo had a big studio behind it however, paying for and strategising the campaign. Now, they all say they don’t care about awards etc etc etc but Steve McQueen, Chiwetel Ejiofor, and Lupita Nyong’o were hustling HARD a few weeks ago at Academy screening after Academy screening hoping to convince those old ass bastards to see their film and to vote their way. So they care. And sooner or later, once he’s ready, Brad Pitt will have to step up, shake some hands, and kiss some babies if he wants his picture to keep pace with all the others. 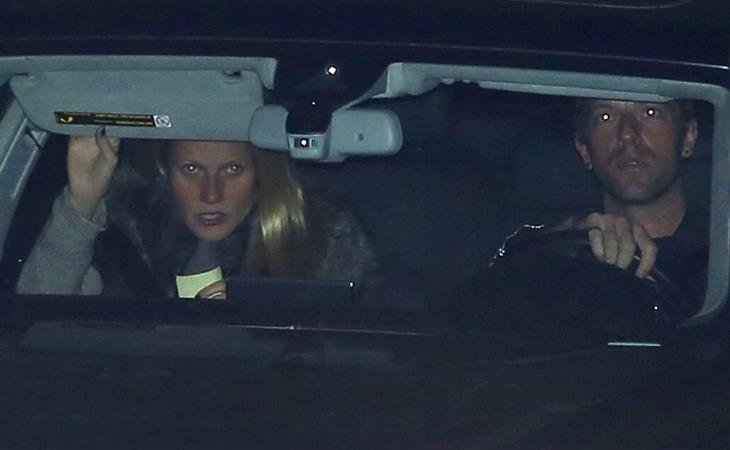