A Friend in Clint

The presser today for The Changeling had a decidedly different feel than the one for Kung Fu Panda. I guess you could call it the Clint Eastwood effect. Less embarrassing questions about how she Angelina was “feeling” lest Clint get annoyed. He was not having any of that today although they did try.

Once again the photo call and the room were pure pandemonium. Clint actually seemed rather amused by it all. Like it’s never been so easy promoting a movie. The two were quite familiar with each other with an easy vibe between them. He protectively guided her up a flight of stairs at one point, almost like a father would.

It is a mutually beneficial relationship. He gets in her a fine actor and a built in press machine – and don’t let the distinguished stature fool you… Eastwood cares about his pictures beyond the artistry. He loves the recognition and he is not above working it to earn it.

In him Angelina has the automatic respect that the industry lavishes at Clint’s feet. With Clint as an ally, the Academy’s doors open a lot easier.

And so she gave it up for him this morning. Those photographers could not get enough. Angelina Jolie can intoxicate a camera. It was mesmerising just to watch.

The best blonde in Cannes 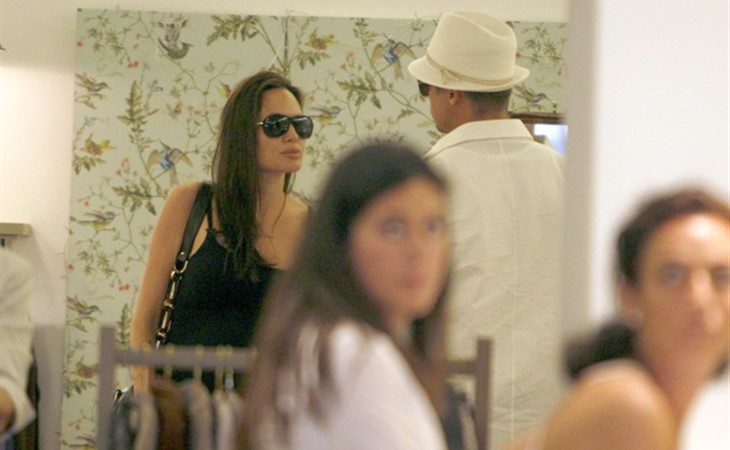 Healed by the Chosen One