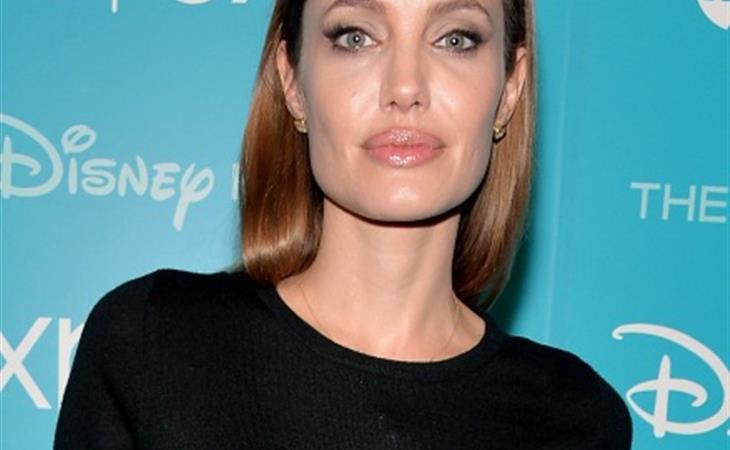 Angelina Jolie made a surprise appearance at Disney’s D23 Expo on Saturday to present a preview of Maleficent, opening next year, occupying that all-important Fourth Of July weekend spot. She spoke to the audience about her role, about how kids would come to set and she’d inadvertently scare the sh-t out of them because she’d be in costume and all they could see was a crazy witch with two massive horns growing out her head.

But my favourite part of the Jolie’s remarks is when she talks about how Maleficent was always her favourite, and then she follows up with “no surprise”.

Oh, THERE YOU ARE.

It’s been a while, you know? It’s been a while since Angelina Jolie WASN’T the Mother of all Goodness, the Champion of the Suffering, the Womb from which Wonder was born. This was a brief, cheeky acknowledgement of who she…used to be? Still is?

Definitely still is. Somewhere. She doesn’t get out much, but she’s there.

Also, good trousers and a GREAT pair of shoes. Is this Maleficent style? Because please, let us see more of it.

Video of the Jolie’s D23 appearance is below: Where in the World is the White Family?