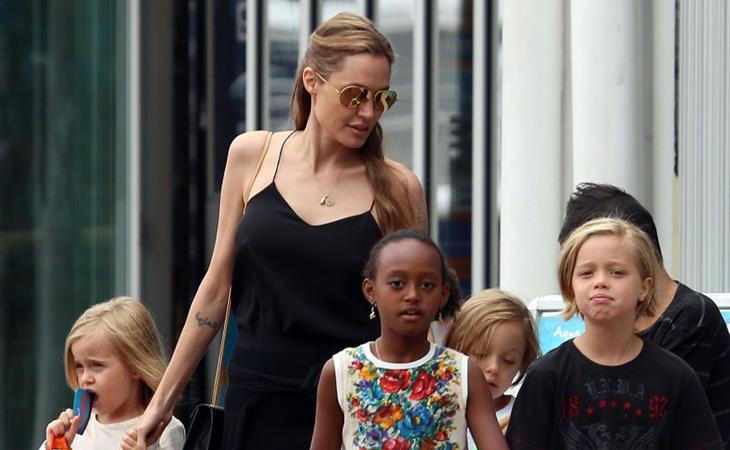 While Brad Pitt was in Toronto supporting 12 Years A Slave this weekend, Angelina Jolie had all the kids with her in Sydney while working on her new film. She took 5 of them to the aquarium. Maddox was missing, evidently needing a break from his younger siblings and their noise. Can you blame him? But I wish I could wear a pair of cargo pants as well as the young Chosen One Shiloh. Little Knox’s shoes appear to be on the proper feet this time. Flip-flops are so much easier to figure out, it’s true.

As for why the Jolie did not give us any Pitt Porn at TIFF – this is a long campaign season, and there’s a lot of time for that in the coming months. There is NO DOUBT that 12 Years A Slave will factor in the race, probably even lead it. So, aside from the fact that she’s in production for her own film, they need to pace their campaign strategy. You can blow it out too quickly. These two know the game. They know exactly how to roll it out. First, you see how hard you have to push. Given the critical momentum of 12 Years right now, they might not have to push too hard. They might not even have to get married if the momentum carries them all the way to the Kodak. And if that’s the case, they can save that play for another time, another year, another award, or Maleficent.

What Brad did at TIFF – coming up. 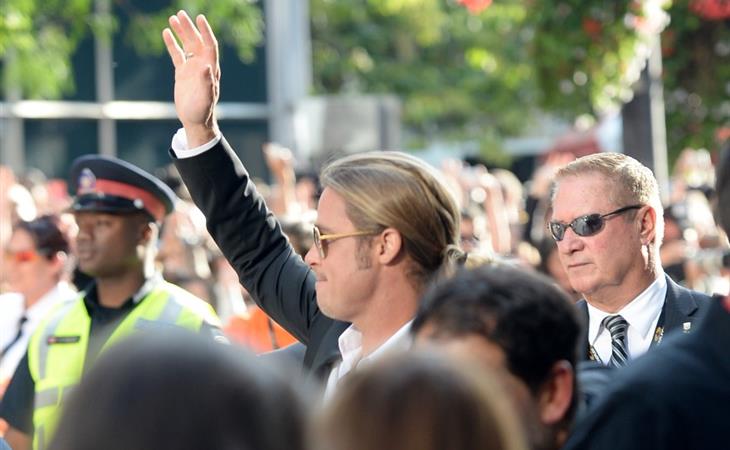