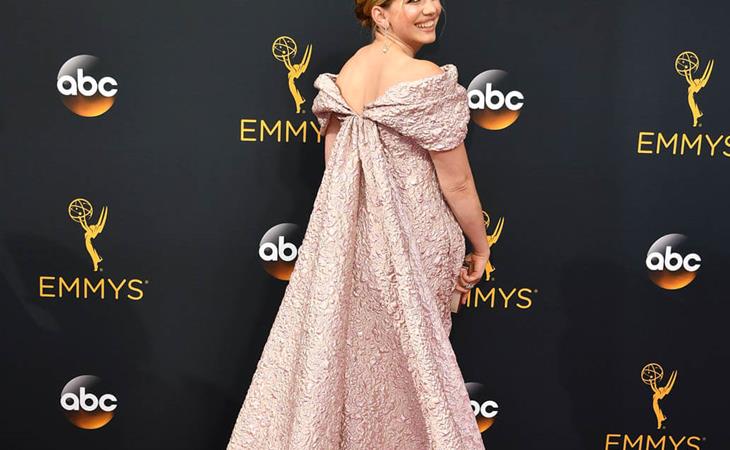 If you are, let’s take a second. What are you mad at, exactly?

Here’s what I love about this amazingly ballsy dress: it’s not trying to be something else. It’s not like “Oh, but no, I am a sleek and wonderful chemise!” Not that there’s anything wrong with that look, it’s just this isn’t that. It’s actively not trying to be that.

In fact, it’s the fact that it’s trying something new that is most exciting. I get that not everyone is going to be into something pink and quilted, but look, when else is she going to wear something made out of a fabric like that? We can’t all wear the dressing gowns they rocked in ‘Mona Lisa Smile’. It’s an awards show, if we can’t look at some interesting clothing on the people we think we know, what are we doing here anyway?

Or is it the fact that the big voluminous shape means she doesn’t have to prove to every long-lens camera and sleazy producer that she’s ‘gotten her body back’ after giving birth in July? Is this about her daring to do something that makes the conversation something different than the number of pairs of Spanx she’s layered into?

Look, it’s 3:31 AM and I’ve seen a billion shots of that little kid in a cape. This dress should be the cape story of the day, not a costume that will most definitely wind up in a dress-up chest before the end of next week. Like, feel free to yell at me but when you do, just tell me, cogently – what are you mad at? 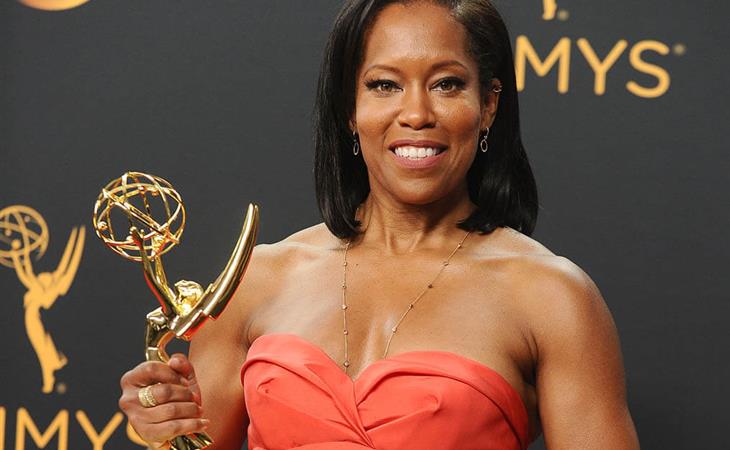 Regina King: Taffeta at the Emmys 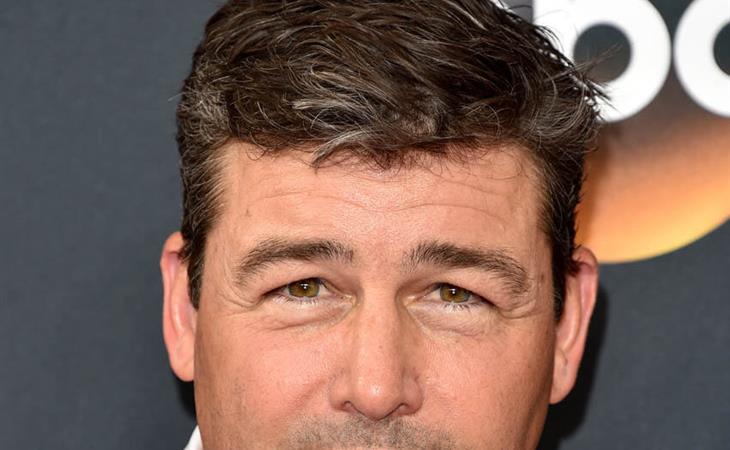