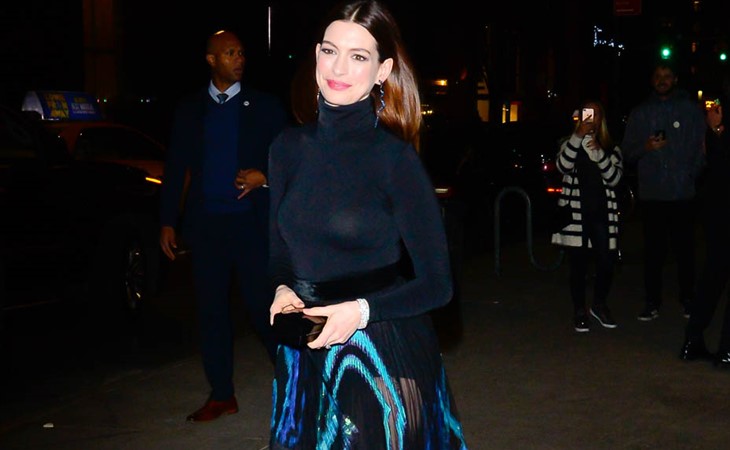 Anne Hathaway's Outfit of the Week

This skirt was originally sent down the runway at Givenchy with a one-shoulder top that made the whole thing look like it was a dress – you can see that here: The way it’s styled on Anne Hathaway? I think it makes the skirt BETTER. Because the way it was presented as part of the collection, the specialness of the skirt doesn’t really stand out.

I like it with this turtleneck bodysuit that Annie has on – it makes the main event of the entire outfit the skirt, as it should be. This is a glorious skirt. The colours are gorgeous together, peacocking spectacularly through those pleats and with so much … froth. I like too that the sheerness isn’t super obvious. It’s there, from certain angles, but not every angle. So when the hints of sheer do appear, it’s an unexpected but not titillating little surprise.

Good decision too to wear the hair straight parted in the middle. All of it excellent styling instinct, as led of course by Law Roach. Law’s been in the hospital, just got out this week. But this week’s press wardrobe would have been arranged well in advance anyway. His schedule has been pretty crazy, with award season, and Ariana Grande’s videos – until recently, stylists’ work has been underappreciated. It’s not just pulling clothes. Law calls himself an “image architect”. That’s exactly the kind of seriousness he and others in his business puts into it. 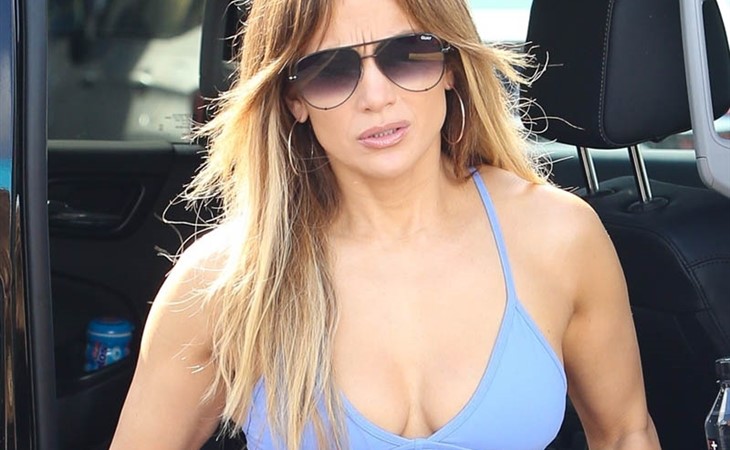 Smutty Fitness: Is there a “best” fitness app?