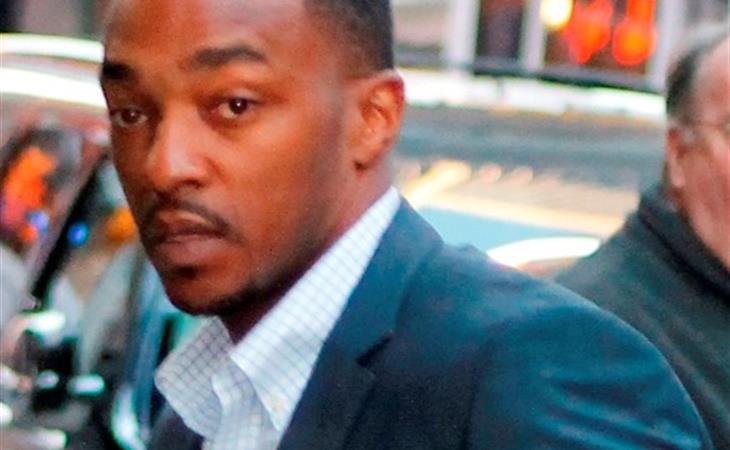 We’re big fans of Anthony Mackie around here. Lainey has him on her Freebie Five, and he’s on my Drinking Buddy List, as in, I don’t want to Five him, but I’d totally have a drink with him. Although I might have to rethink the Five thing, because while in the past he’s been too boyish for my taste, over the last couple years he’s gotten a lot more man. But he’s always been a hella good time, one of those actors who is not bummed out at all by the attendant responsibilities that come with promoting a gigantic franchise movie. On the Captain America: The Winter Soldier press tour he’s provided an enthusiastic counterpoint to mopey Chris Evans.

Mackie’s done most of his promo with Sebastian Stan (the combined Mackie-Stan Charm Offensive is a thing of beauty), but this week he’s on his own, delivering pure, undiluted Mackie, which is really the best way to take your Mackie. If you ever have a chance to take your Mackie in person, definitely do that. Raw, from-the-source Mackie almost can’t be believed. For today, though, we’ll settle for the undiluted Mackie available on Vulture, courtesy a brief interview in which his enthusiasm is so bright it’ll burn your retinas. He wanted a Marvel gig, he pursued a Marvel gig, he accepted a Marvel gig without really knowing who he would be playing. He’s so excited to be part of this, you guys, and he isn’t afraid to show us that.

He’s also on Ellen, talking about renovating his house with stuff he pulled out of the trash, which only Anthony Mackie can make sound fun. I feel like he’d be awesome at thrift stores. Wouldn’t it be so fun to go thrifting with Mackie? And it isn’t so fun to watch an actor actually enjoy promoting a project he’s passionate about? 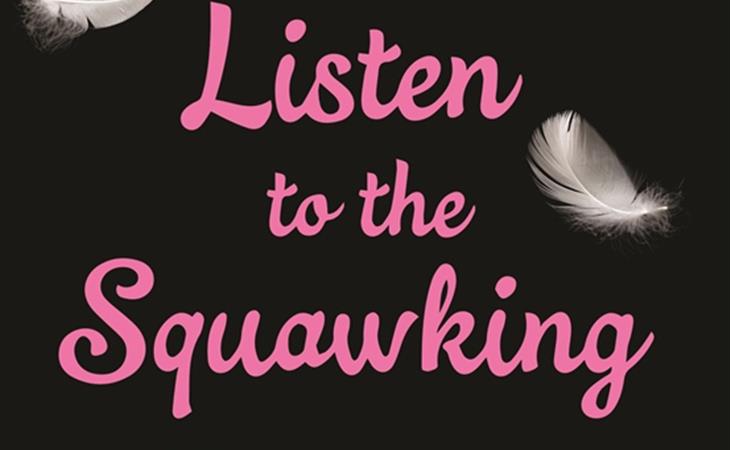 My book-baby: US tour stops!