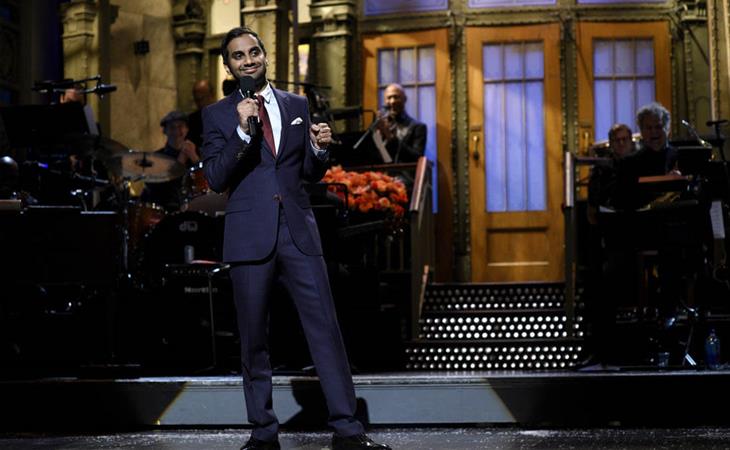 After a terrible episode with Felicity Jones, Saturday Night Live rebounded on a make-or-break weekend with Aziz Ansari hosting. A show that strives for topicality and cultural relevance CANNOT f*ck up not only an inauguration weekend, but the most divisive inauguration in recent memory, one that included an inauguration speech straight out of a YA dystopia novel and a huge, Richter Scale-rocking movement on Saturday as millions across the country and world marched in solidarity with one another for women’s rights, for equal rights, for basic human rights. It was into that atmosphere that Aziz Ansari stepped when he took the stage at studio 8H, and he f*cking delivered.

Of course, Ansari is one of the best stand-up comics working right now, and it shows in his monologue, which is a stand-up set. It’s focused and sharp and he makes some killer jokes, especially the bit about the “lowercase kkk”, and the Homeland music making everyone afraid of Muslims. This is the best monologue in a while, and it sets the tone for the show, which is such a huge improvement over last week that the episode feels better than it actually is. In replay, nothing quite lives up to Ansari’s monologue, which is just exactly what we needed to hear on the night after “an entire gender” protested the new president.

What did not deliver on this crucial night is Weekend Update. The Colin Jost/Michael Che partnership just doesn’t work and the desk is need of a makeover, in general, but this week it’s especially egregious as Che mansplains feminism. This would have been a perfect time to segue to one of the female cast members and let her talk about the march and what it means, but instead we get Che tip-toeing right up to the #notallmen line and a terrible bit about the Friend Zone that doubles-down on the worst toxic masculinity impulses Jost and Che too often lean into.

It’s a terrible decision that not even the best joke of the segment—“A Big Mac for both types of diabetes”—can overcome. Fortunately, they did let Leslie Jones on to talk about Hidden Figures and the need for more black stories to be told and more black history to be taught, and while this doesn’t fix the mistake of letting Che talk about the Women’s March, it does, at least, give Jones a few good minutes on air to make an excellent point in her typically excellent way.

As for the sketches, for the most part they’re medium to pretty good. Ansari leans a little heavy on cue cards—especially in the “Dirty Talk” sketch—but he isn’t nearly as blatant about as Felicity Jones, and doesn’t actively ruin any sketches because of it (like Felicity Jones). They went for earnest with Cecily Strong and Sasheer Zamata singing “To Sir With Love” as a send-off to President Obama, and it only kind of lands. Kate McKinnon singing “Hallelujah” works because she’s actually a good singer, but Strong isn’t nearly, well, a strong enough singer to make this work. Maybe just let Zamata do it? She seems to be the better singer between them. (Lainey: musical theatre nerd, Duana, has this to say about Cecily’s singing: “Awww, sh-t, dudes. What happened to Cecily Strong… I have BEEN THERE. That’s when someone asks “Hey do you know ‘To Sir With Love’?” and you unthinkingly belt the chorus and they go “great we’re doing this in an hour” and it’s only when you’re listening to the whole thing on YouTube that you realize how goddamn high the opening verse is and nobody knows it and you can’t unpick the thing that’s about to happen on live TV and sh------t.”) And the “David S. Pumpkins” Award goes to “Pizza Town”.

The best sketch of the night is a toss-up between the “La La Land Interrogation” and a sort of morose digital sketch about Uber ratings. Both are topical and both get at something that happens in real life, whether it’s being judged for not loving the movie/show of the moment or the forced interactions we have with Uber drivers. SNL has been at its best recently with the stuff that relies on observational humor and balances on the edge of too-real for comfort (like the incredible “Fisher-Price Wells For Boys”), and both of these sketches strike that balance, though the Uber short is purposefully more serious in tone, not unlike “Diego Calls His Mom”. Neither “Uber” nor “Interrogation” hit high water marks, but at least they’re in the direction of the best of SNL this season. And Ansari, not only a good comedian but a talented actor, makes everything seem a little better than it is, which goes for the current state of the world, too. 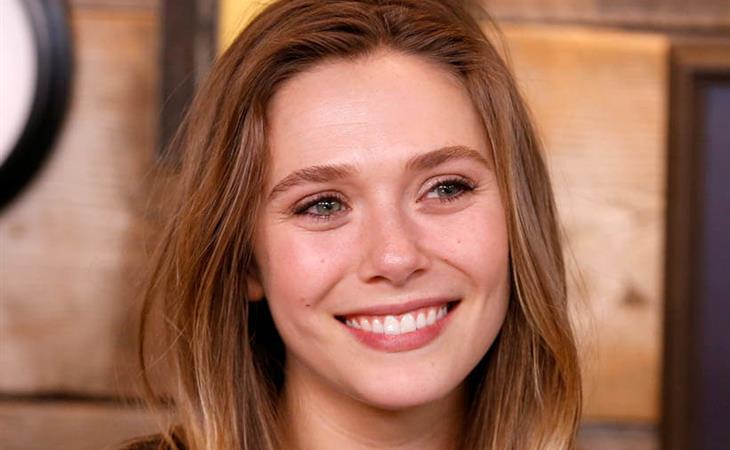 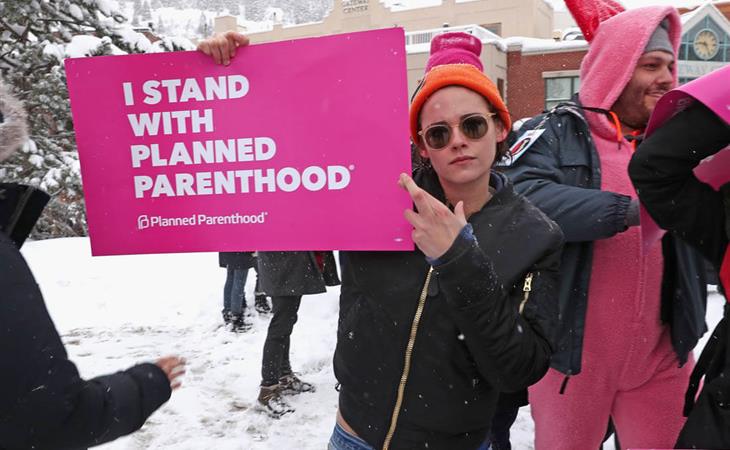