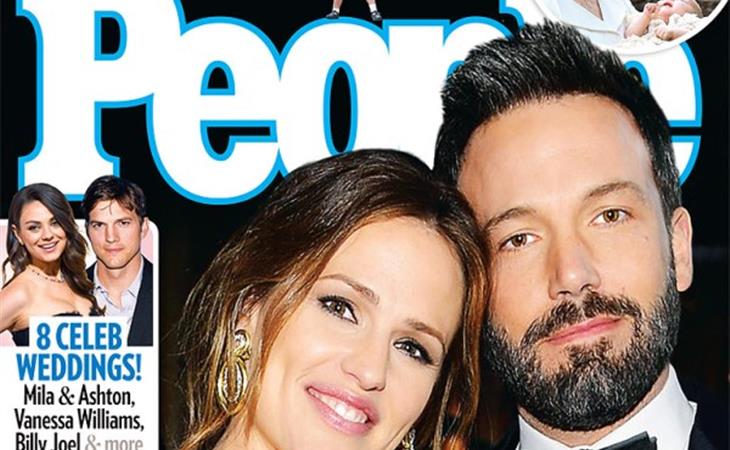 As expected, most magazines will feature the Ben Affleck Jennifer Garner breakup on their covers this week, with PEOPLE and US leading the way.

Let’s start with PEOPLE, always more celebrity-friendly, and especially in this case, since they were the first to receive the official divorce statement from the couple and the first to publish photos of them in the Bahamas. But even PEOPLE can’t avoid the infidelity rumours. Although they don’t come right out and accuse Ben Affleck of being unfaithful, they get close. They actually get surprisingly close:

According to a longtime friend of the actress, Affleck recently came to Garner "and told her he had not been committed to the marriage within the past few years," her friend says. "Jen is a fighter. She would not give up unless there was a good reason."

Several sources close to Garner also say that allegations of infidelity (which Affleck vehemently denies) and other troubling behavior, including drinking and gambling, took their toll on the marriage. "She loved Ben," says another close friend. "But there comes a time when you have to say enough is enough and take care of yourself."

You can throw “vehemently denies” in parentheses over and over again but the main takeaway from those two paragraphs is that cheating was an issue. And over at US Weekly, they’re much more direct about it:

One pal claims, in the past year, Garner told her friends that Affleck had “admitted to cheating” with an attractive love interest. A devastated Garner kicked the two-time Oscar winner out of their $17.5 million home in L.A.’s Pacific Palisades, “but eventually decided to forgive him,” says the insider. Meanwhile, a source close to Affleck insists, “Ben did not cheat on Jen.” The A-listers may be the only ones who know the truth, but at least one thing seems certain: Garner's trust had been irrevocably broken. Indeed, insiders say there was plenty of mistrust during their decade-long union. “She tried to leave him a few times, but he would beg her to stay,” one source says of the pair, who fell in love while filming 2003’s Daredevil.

“An attractive love interest?” No one can name names. But come on, you know, you know everyone knows the names.

Most sources I’ve spoken to say that Ben Affleck’s not a bad guy. That he’s actually a nice guy. A very nice, very insecure guy with self-destructive tendencies. That’s how Gwyneth Paltrow described him and I know I keep coming back to this quote but it keeps telling us so much, even though she said it over 10 years ago:

He does. He sorts himself out. He goes forward. And then he goes backward. And the best explanation I’ve been given for this lately, as all of this has gone down, has been from a source who describes him like this:

“It’s almost like he doesn’t believe he deserves any of his success. So he tries to sabotage it. And when he f-cks it all up, he can put himself in the underdog/victim role again and make a comeback.”

How would a guy like that deal with having to play Bruce Wayne, Batman, after carrying all the disappointment of Daredevil? That’s EXACTLY why he took on the role. But for all his determination to prove that he can be a superhero, you have to wonder how he works through the self-doubt.

Also attached – Ben in LA after returning from the Bahamas last week looking wrecked. And arriving in Atlanta yesterday where Jennifer Garner is shooting a new film. According to PEOPLE, he brought gifts for his children and is determined to see them as much as possible. Ironic, a little, non? Atlanta wasn’t great for their marriage. But it would appear that he’s trying to make that comeback, again. 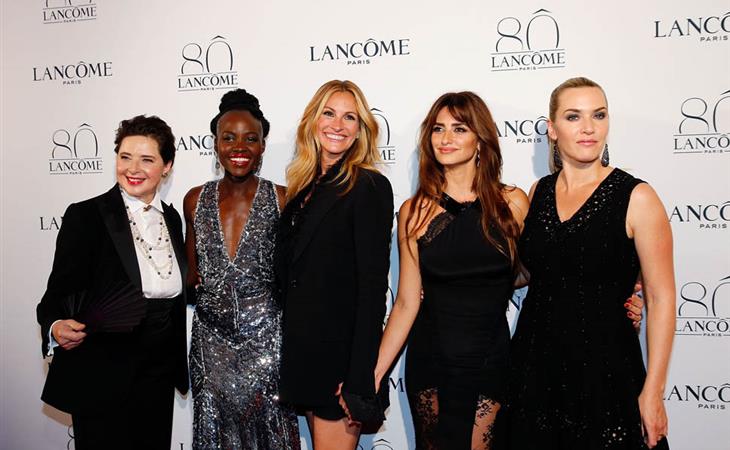 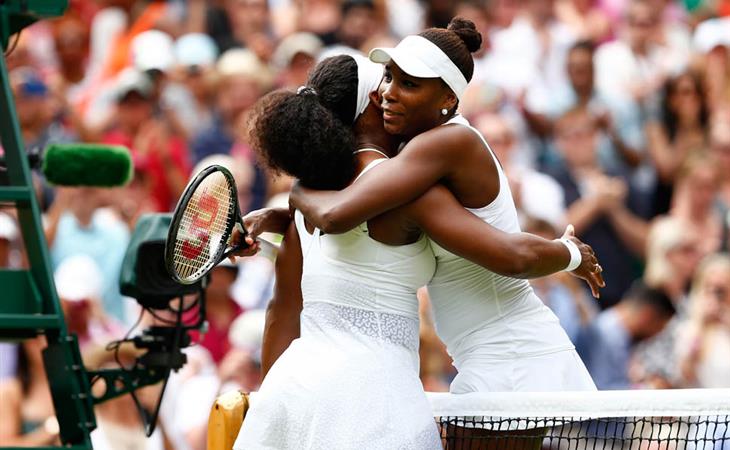