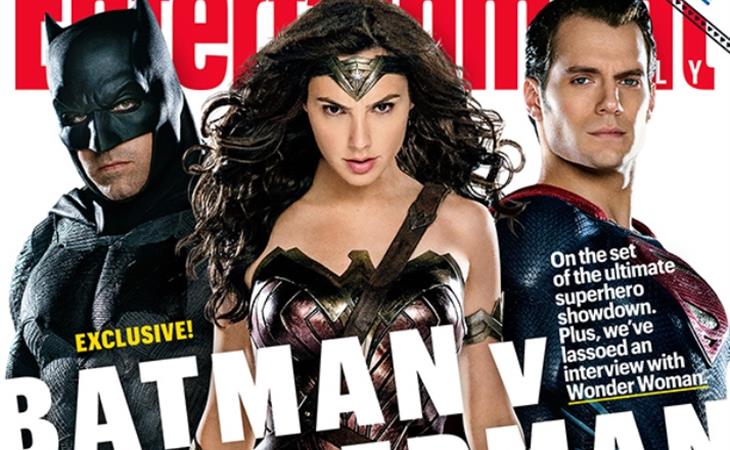 Well this is great timing, isn’t it? It was confirmed yesterday that Batman vs Superman will be at Comic-Con and that Ben Affleck, despite the fact that he just announced his divorce, will make an appearance though it’s been stressed that there will be no personal questions. Of course not.

And here’s the cover of the new issue of Entertainment Weekly featuring Batfleck, Superman, and Wonder Woman front and centre. The magazine also has exclusive photos from the film, including a shot of Batman and Superman getting all up in each other’s faces… 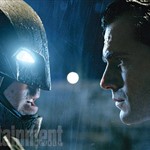 …and Bruce Wayne and Diana Prince flirting at a cocktail party: 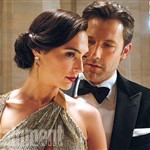 Of the relationship between Bruce and Diana, Ben told the EW that:

“I love the fact that there was this Thomas Crowne Affair, Bond-y sexy scene that they wrote about two people who are pretending to be two different people who each know the secrets of the other person.”

Would it have been better to wait until after Comic-Con to go with the official breakup confirmation? Or does this get the distraction out of the way so that Ben can focus on Batman for the next 9 months without the question mark interfering?

Ben and Warner Bros have a solid partnership. He’s one of the WB boys alongside Leonardo DiCaprio, Tom Hardy, and Bradley Cooper. So, ostensibly, there’s a lot of pressure on him to handle it…but they also must have some confidence on how he can handle it. We’ve seen him handle it before. Part of the reason Ben Affleck has been successful is because he can be charming and disarming. When he’s in the mood, when he gets out of his own way, he’s a funny, self-deprecating guy. All it takes from him on the panel, in Hall H in San Diego, is a sheepish shrug, with a crooked smile, and sad eyes…

“Yeah, it’s probably not my best week…” followed by some kind of joke and we’re halfway there. People will laugh. They’re almost be relieved and, crazily enough, even grateful that he’s the one acknowledging the awkwardness and trying not to make it more awkward. Men get away with this sh-t all the time. See Hugh Grant.

Managing Ben in San Diego will be key. If were on the Affleck babysitting team, I’d get him in and out quickly – panel, photos, one or two closely monitored, non-threatening interviews, and then out. Because if you let him stay to party…well…that’s a classic Affleck f-ckup waiting to happen. He often erases his own gains.

Click here to read more about Batman vs Superman at EW.com and click here to see more photos, including Jesse Eisenberg as Lex Luthor. 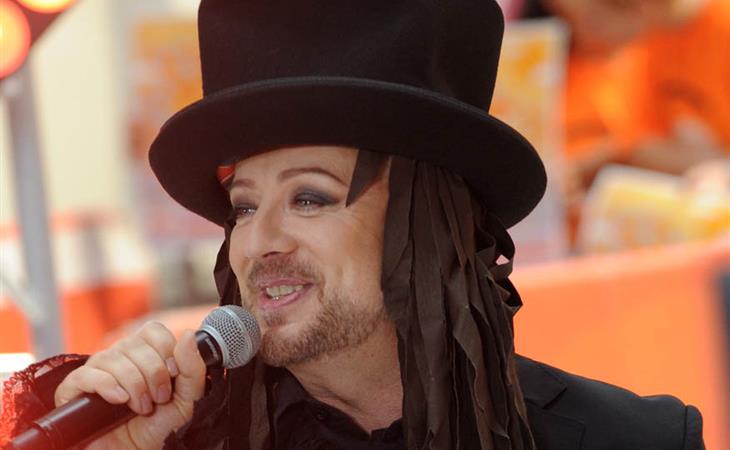 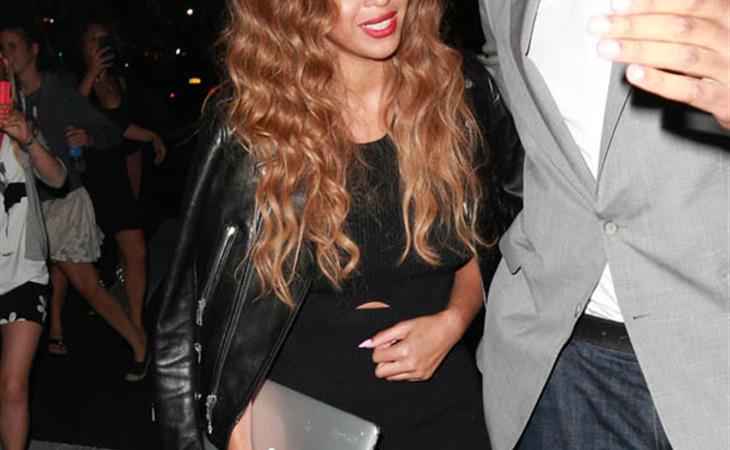