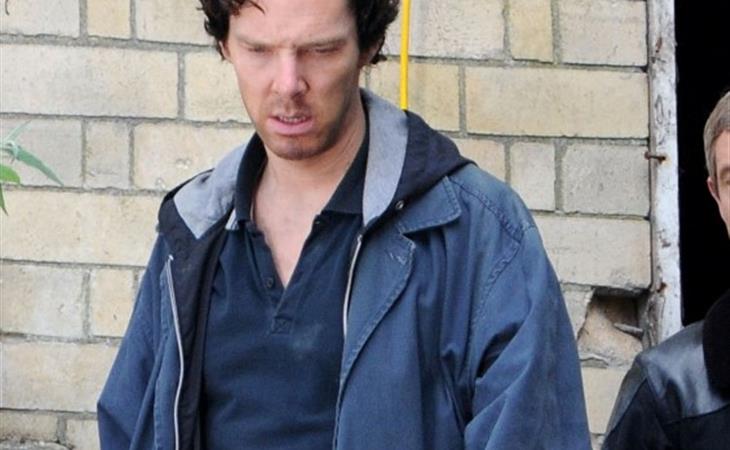 Benedict Cumberbatch and Martin Freeman are shooting Sherlock in Cardiff, Wales. Sherlock evidently had his clothes stolen and is trying to escape in someone else’s. Leonardo DiCaprio?

It’s like he’s acting out a scene from Leo’s true life, wearing second hand athletic gear and looking for a dumpster to jump into. But I’d rather see Cumberbatch in sweats than ever see him again in capri pants. This isn’t actually a bad look on him. Much less… delicate, can I say that?

And speaking of Leo, here he is yesterday, back in New York, going for a bike ride after his trip to Spain with Toni Garrn. Is the 3 month holiday over yet? Or will it be Hawaii next week? 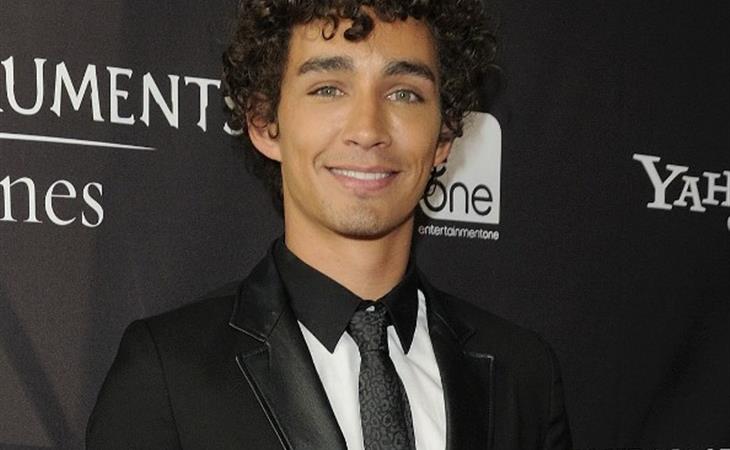 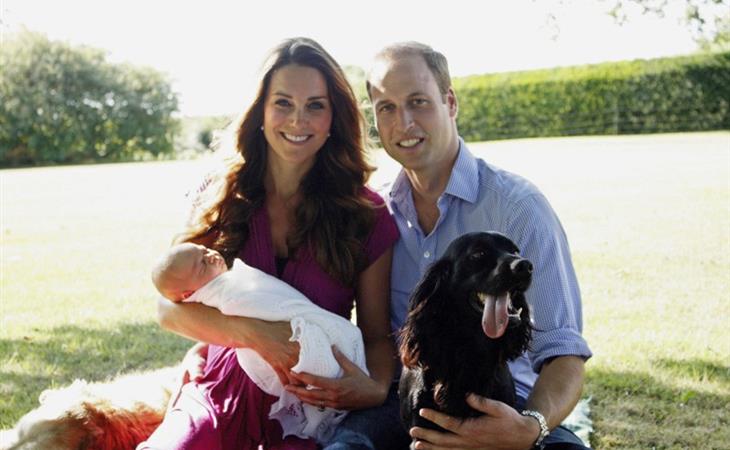