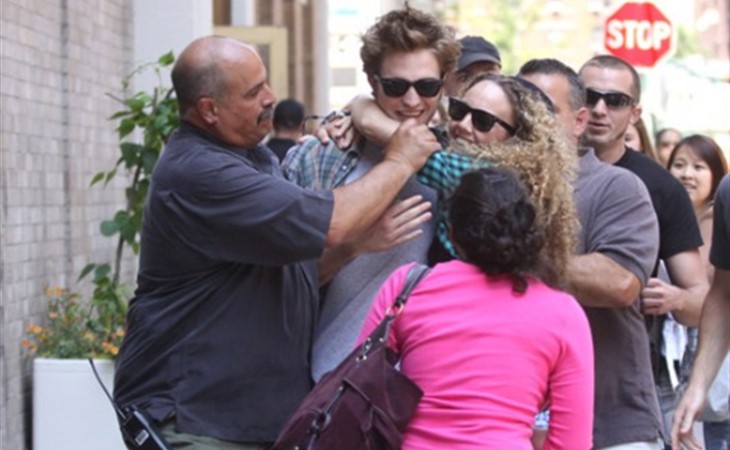 Worst obviously because those crazy bitches could have hurt him, undeterred by the piss poor security, and best obviously because for those of us who are endlessly amused by the Twi-Hardery, this was some funny sh-t. Many of you were initially skeptical about all that hatemail – when you are sane, it’s difficult to imagine the behaviour of those who are very much not sane.

But then a few of them tried to strangle Robert Pattinson in New York while he was shooting Remember Me. And that pretty much took care of the doubt. They are F-CKED. You would have to be, non?

Hi Robert. Can you still get it up if I’m strangling you?