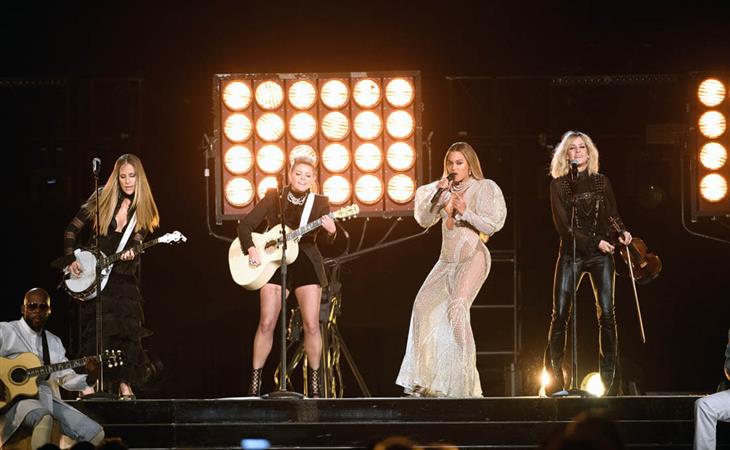 A few weeks ago, we had a memory scientist on The Social who talked about how sometimes we remember things that we can’t possibly remember. Like your dad feeding you a piece of chocolate when you were 14 months old and you spat it out and it’s the story you’ve been hearing all your life so, somehow, you’ve created the memory in your mind but it’s almost impossible for you to really be able to remember it because our brains don’t build memories that early.

I remember being with Duana at Beyoncé’s Formation and experiencing Daddy Lessons live with her next to me. Like I can feel her energy, I can feel our energy, fused together by our love for the song. Only we weren’t actually standing next to each other, we only talked about it afterwards. Like rapturously. I wish Duana and I were together last night during the CMAs when Beyoncé and the Dixie Chicks performed Daddy Lessons. Would have been better if we were actually in Nashville but even the experience of watching it on television was its own magic. Because you already know that this was no ordinary Beyoncé-will-be-incredible-at-an-award-show situation. I mean, she was amazing. But for different, new reasons this time. This time, in Nashville, in front of the country music community, well, you have to consider the backstory. For Beyoncé, there were already some people bitching about the fact that Beyoncé, Beyoncé Knowles, of Houston, TX, “isn’t country”. (You’ll note, Justin Timberlake did not provoke the same reaction last year.) What they mean to say, the people who say those things, is that Beyoncé isn’t “their kind of country”, without knowing the roots of country music. So this was never an audience that was going to be universally on side.

For the Dixie Chicks, well, this was an audience who literally rejected them over a decade ago. The band’s relationship with the country music community is well documented. There are still many country music radio stations, and country music radio programmers, and radio is essential to country music success, that refuse to play their music. They were women who used their voices. They were punished, severely, for it. The Dixie Chicks went on to Grammy glory afterwards, and it was undoubtedly redemption for them, but there remains a large part of the country music community that continues to deny them, even as their influence has unmistakably inspired many of the artists and bands that have risen as a result of their sound.

So, with all that in mind, last night they jammed, with Beyoncé, on a stage for some of the very people who made an example out of them. They jammed in joy, in solidarity, in love – with the music, first and foremost, with each other, that much was obvious, but also with themselves. What I saw last night were four women, Beyoncé, Natalie Maines, Martie Maguire, Emily Robison, inviting us to join them, and if it was a little defiant, f-ck it, so be it.

As we’ve seen with Beyoncé over the last few years, everything she does, she does it deliberately, with purpose. Beyoncé doesn’t just show up anywhere, with anyone. Beyoncé would have been aware of how she would be received and, in particular, how the Dixie Chicks have been received in that room. Together they decided that they’d be received collectively, in alliance, in Formation. And then, immediately after they left the stage, this:


So at some point, they all got together and recorded the song, planning to release it as soon as they performed it live. Without anyone knowing about it before yesterday afternoon, on the day of the CMAs, and even though people thought they were just getting a live performance, never suspecting that we’d be able to keep listening to it in our headphones. That’s pure, signature Beyoncé strategy and execution. And behind it a message to the Beyhive – embrace them as you would embrace me, you are their new community.

PS. How much did you love it when Natalie said “Good job, B!” at the end? 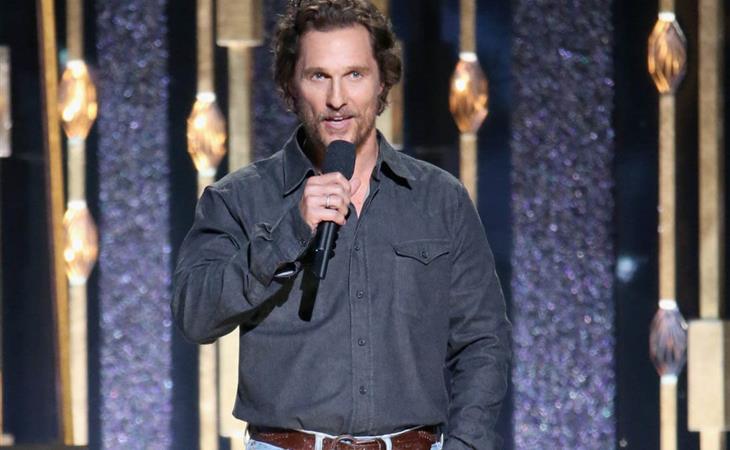