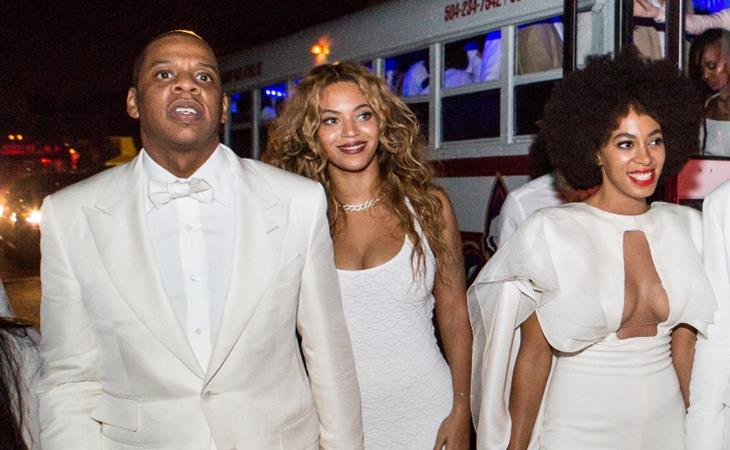 What a public relations mess. And from a superstar who's known for precision and perfection. That's part of it, non? Part of the reason why this story has been so captivating?

Beyonce lets you see only what she wants you to see. Even the most "candid" moments in her documentary Life Is But A Dream were transmitted through a filtered screen and some kind of exclusive lighting. Have you ever looked that good on camera on your laptop?

It’s because we’re so used to Beyonce being Beyonce that when the “real REAL” was exposed, we obsessed over the contrast. And that was only made worse by the fact that they handled it SO BADLY.

Imagine. A star as big as Beyonce and they could not get this situation under control. In fact, they looked like amateurs the entire time. Let’s recap:

TMZ releases the video on Monday afternoon. B and Jay Z sit courtside at the Nets game a few hours later, making it clear that the Carter Corporation was still in business. Fine. But then Solange, oh Solange, deletes Beyonce from her Instagram. And then the speculation begins:

Jay was flirting with Rachel Roy.

Jay may or may not be rough with his wife.

Solange is a bitter “Basement Baby” – thank you Michael K.

Solange is a nasty drunk.

Finally, on Thursday, a better sign from Solange – she goes Throwback Thursday with an old shot of the two of them when they were kids.

And then at 5pm the official statement:

"As a result of the public release of the elevator security footage from Monday, May 5th, there has been a great deal of speculation about what triggered the unfortunate incident. But the most important thing is that our family has worked through it. Jay and Solange each assume their share of responsibility for what has occurred. They both acknowledge their role in this private matter that has played out in the public. They both have apologized to each other and we have moved forward as a united family.

The reports of Solange being intoxicated or displaying erratic behavior throughout that evening are simply false. At the end of the day, families have problems and we're no different. We love each other and above all we are family. We've put this behind us and hope everyone else will do the same.”

72 hours later. And not only that but on a Thursday which keeps the story moving, moving forward. Because that’s what everyone’s talking about today. And then through the weekend, and then in time for next week’s tabloids.

So why didn’t they just kill it right away on Tuesday? Why let this sh-t rot?

You know The Beygency would have shut this down immediately if they could have. It’s in their best interests, both B and Jay. But Solange could not be controlled. Solange went rogue with the Instagram deletions, resulting in her sister having to do her own Instagram placating, and that may have been the breakthrough. Because without her buy-in, they could not have released this statement and risk her going off again and contradicting their message of unity.

As for this message…

I’ll tell you what I like about it – there’s no victim card, for a change. Their privacy was certainly violated but they’re not actually complaining. Their statement has not been taken over by indignation or sanctimony. And you know, you know if it were, say, Justin Bieber, that would be the entire point.

And now I’ll tell you what I hate about their point, beyond the fact that it came way too late for effective damage control. “Share of responsibility” is stupid writing. And if they had a public relations expert who actually knew what the f-ck they were doing, they wouldn’t have opened themselves up to the questions that you’re now asking about what the “share” is.

The more you talk, the more trouble you risk getting into. Perfect example. Because…what’s the share? What could possibly be the share for the violence that occurred? It was VIOLENT. Would you be more insulted if the genders were reversed and those were the words they chose to describe it? Would you be more insulted if a man was defended in the second half of the statement against accusations of intoxication and erratic behaviour as a way to deflect from the fact that his fists and his feet were flying around with the intention to hurt and damage?

You remember when Beyonce didn’t like those “unflattering” photos of herself that were posted after the Super Bowl? And the message from her people that was sent out requesting that they be removed? You remember how they bungled that?

They BUNGLED this too. A complete failure of crisis management. And that makes sense. Because when you’re so used to the idealised version of yourself, why would you ever be ready for a crisis? That’s what Gwyneth Paltrow and Beyonce have in common. 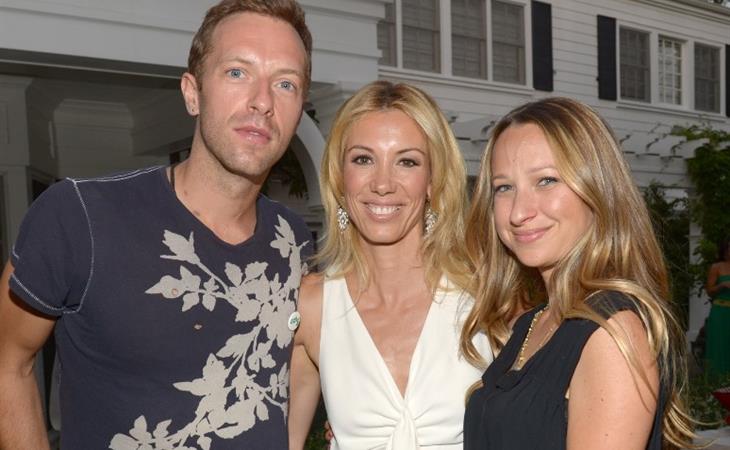 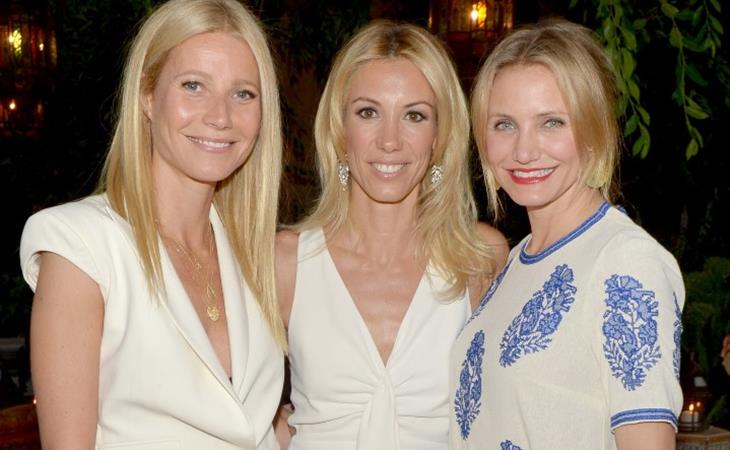