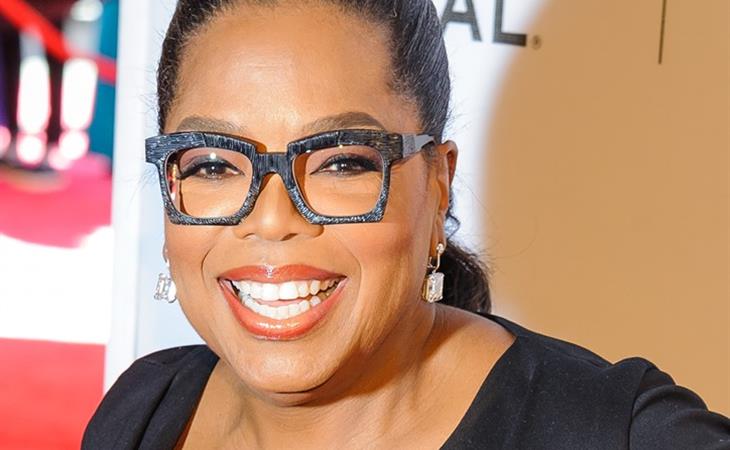 Last month, Kathleen wrote about HBO’s upcoming The Immortal Life Of Henrietta Lacks, starring Oprah Winfrey. The film premieres on HBO and HBO Canada on April 22. Oprah plays Deborah Lacks, daughter of Henrietta Lacks, whose cells were used without her consent in scientific research that led to major medical breakthroughs.

Ahead of the release of Henrietta Lacks, Bim Adewunmi wrote an essay for Buzzfeed that was published yesterday on How Oprah Got Her Acting Groove Back, arguing that Oprah’s always been an outstanding actor, and now that the talk show is over, she’s returning to her passion for her acting, and using her considerable influence to tell stories about black women and black lives that would otherwise not be highlighted.

As Bim Adewunmi notes is her piece about Oprah’s acting, The Colour Purple actually came out BEFORE The Oprah Winfrey Show was nationally syndicated. Oprah was nominated for a Best Supporting Actress Oscar for her performance as Sofia and it was only 6 months later that the show went beyond Chicago – and made history. Which is maybe why it’s easy to forget that that was the order of things. Oprah, the talk show host, the Angel Network, the book club, the Live Your Best Life, is dominant Oprah. And all of that – the angels, the spirituality, the “you get a car” – this is the Oprah most of us remember immediately. But do you remember what the Oprah show was before it became what you know it for?

The Making Oprah podcast reminded me – or, rather, re-taught me – that Oprah was actually doing Jerry Springer before Jerry Springer. Oprah was doing the shows about skinheads before the skinheads when on Geraldo and started a brawl. Oprah was doing the shows about your cheating husband and his mistress – surprise, she’s pregnant, and she’s telling you live on national television! – before the dozens and dozens of other ambush TV talk shows took over the afternoon schedule.

I bet you though that if you asked people who were around during that time if they remembered that, or if they even knew it to begin with, most would have forgotten. Maybe not just forgotten but perhaps they actually unlearned it. Because over the years, Oprah and her producers were so good at their jobs that they made an entire generation of television viewers un-know what they once watched with their very own eyes. It’s the ultimate re-brand, the kind of work sh-t we are obsessed with on Show Your Work.

To go back to Oprah as an actor though, even though she had clearly proven her acting ability before The Oprah Show went national and America discovered her, it’s kind of the opposite – in that now, at this stage of her career (another conversation for another time: we are still talking about the “stages” of Oprah Winfrey’s career!), she’s asking us to re-know that she’s a strong actor. Megastars often have a hard time as actors. This is Madonna’s challenge: you see MADONNA, you don’t see the character. Beyoncé too. Some people have the same issue with George Clooney, now that he’s George Clooney. Bim Adewunmi counters though that Oprah’s persona, instead of getting in the way of her ability to become her characters, actually helps her fully realise them – because we saw, over 25 years, that Oprah is, if nothing else, empathetic. She told her audience that they wanted to pay attention to a certain book, a certain person, a certain product – and they believed her. Now, once again, through the medium of acting, she’s using her body, her face, her voice, her acting to tell the audience that they want to pay attention to a certain story, a certain character, a certain life. Will you believe her?

Click here to read Bim Adewunmi’s essay on Oprah, the actor, at Buzzfeed. And if you haven’t already, click here to start listening to the Making Oprah podcast. I promise you’ll enjoy it. Black Panther Cast Gets Out