So last night I sent out an all-call to my friends. You know the type, where you kind of feel whiny and precious and you don't know what you want them to do, exactly, but somehow someone sending you a hairstylist recommendation makes you feel like you're not alone and can go on functioning in the world? Heartfelt talks and emotions with your friends are great but more of the time you just want them to be there. The idea that if you need them, they're arm's length away.

Investigating the intensity of a female friendship was what I really found intriguing about Pamela Ribon's Going In Circles. (Available now!)

Here's what else I found intriguing. Sometimes the main character narrates her life in John Goodman's voice. As in the Dad from Roseanne. Seriously.

It might make a little more sense when you learn Charlotte's working through a divorce. She feels confused and secretive and like she doesn't want to take part in the human race. All understandable, but not necessarily uplifting. But - silver lining - she makes an awesome new friend. Francesca becomes Charlotte's main lifeline. They're not two girls going through things together - in fact, Francesca's love life couldn't be more different that Charlotte's - but they both need an outlet and the world of Roller Derby is introduced.

I'm not sure I can think of a better metaphor for a breakup than feeling like you're having the sh*t kicked out of you every day. Charlotte's roller derby experience makes it literal. And, in keeping with her breakup, it doesn't always feel better at the end of a bout. Even when you 'win', you walk away with bruises - you just feel like you've earned them.

The derby sequences are full of action and dramatic falls and butt-breaking (no, literally. A character breaks her ASS.), but I found them less compelling than the sequences where Charlotte and Francesca find the rhythms of a new friendship. The falling-in-friend-love is no less dramatic than a romantic love affair. You still wonder what they're thinking and whether they like you as much as you like them, and how to tell them when they're acting like jerks. Are you going to say it right? Will they like you afterwards? It's painfully real.

Obviously, in a book about a character going through something so devastating, there are tough emotions. The character feels like crap about her life, but - so might you. Parts of the story are hard to read because, I suppose, when you're rooting for a character, you want them to feel better - to have some wins. And she does - but not in the way you might think. You'll still cringe through her interactions with her maybe-former-husband - and *spoiler* - the obligatory love interest does not shake down the way you think it will.

Going In Circles will likely be categorized as straight-up Chick Lit - in keeping with Ribon's first two novels, "Why Girls Are Weird" and "Why Moms Are Weird" - and it does still have funny moments (and it should - Ribon's a professional screenwriter on shows like "Samantha Who" and "Romantically Challenged") but it's a more intense read than you'll get from something with a pink cover. Which is as it should be. 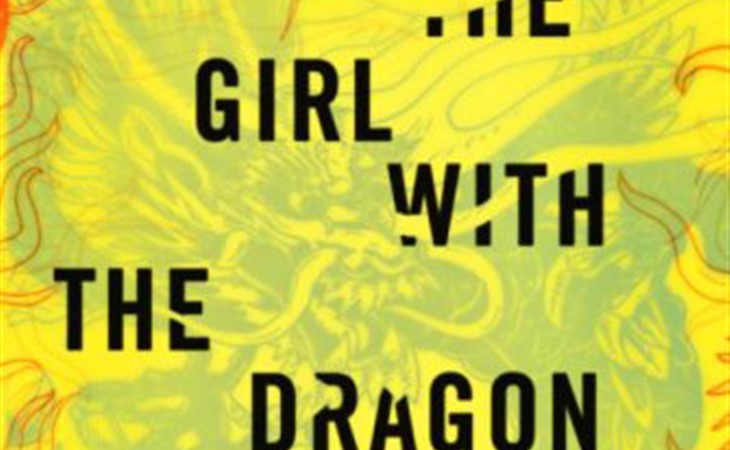 The Girl With The Dragon Tatoo book review 25mar10