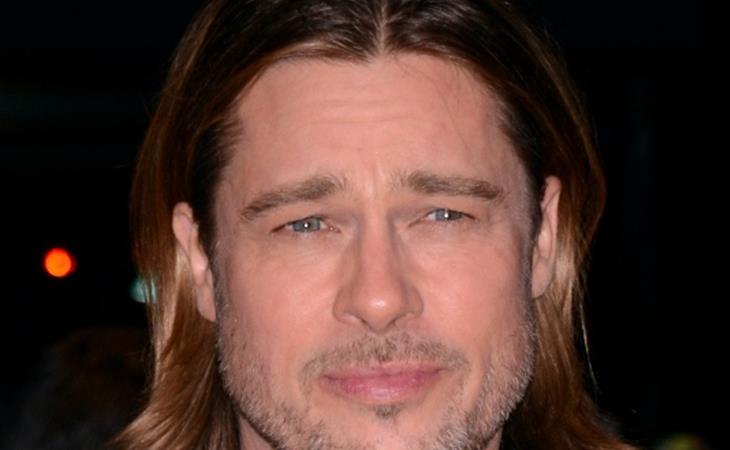 We all agree on this, right? Brad Pitt’s Chanel ad sucked. You know it sucks when a cast member from Glee parodies your sh-t. Oh they’ll find a thousand ways to justify and rationalise but Brad Pitt never intended to be made into a joke. He never wanted to be laughed at.

Happily Brad is now turning the conversation in another direction. Here’s a letter from him sent released through the Human Rights Campaign today:

Dear friend,
It's unbelievable to me that people's lives and relationships are literally being voted on in a matter of days.
In Maine, Maryland, Minnesota and Washington, voters will go to the polls to decide if gay and lesbian couples – our friends and neighbors – are worthy of the same protections as everyone else.

But that's the system we have and I'm not going to back down from the fight for loving and committed couples to have the ability to marry. Especially when groups like the Human Rights Campaign are fighting these battles day-in and day-out.

This is our last chance to make a difference. If you're like me, you don't want to have to ask yourself on the day after the election, what else could I have done?

Every person's right to life, liberty, and the pursuit of happiness is enshrined in our country's Declaration of Independence, but powerful, well-funded groups are flooding the airwaves with lies trying to take away those rights from certain people... and we can't stand for it.

Contribute to HRC's National Marriage Fund right now, just as I've done, and together we'll put our country on the path to the day when there are no second-class citizens.

If you’ve been reading my blog long enough, you know I am always nagging celebrities to match. This wasn’t exactly the context in which I’ve been encouraging the matching concept, but it’s a good start. The significance of the gift doubles. It means one gift will do more. This is incentive.

Now the next step...

When they sell their wedding and/or baby pictures and then announce that the money they get from the sale of those photos will go to charity, since it was never really their money to begin with, MATCH that and THEN it becomes a true philanthropic gesture, see?

Benedict Cumberbatch goes for Oscar as the “fifth Beatle”