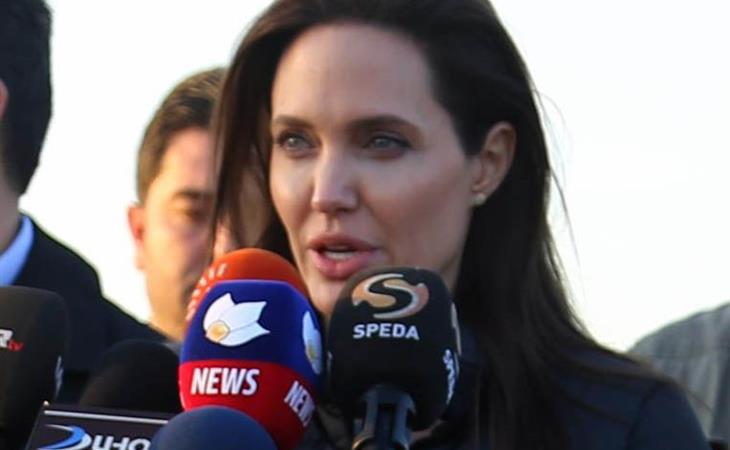 Brad Pitt stopped in at Sundance this weekend with producing partner Dede Gardner to support their film True Story, starring James Franco. Just me or is Franco’s Artist smug prick-face being restrained in the presence of a bigger movie star? He almost looks sheepish.

On Saturday Brad put on his tux to accept his honour at the Producers Guild Awards. A working weekend, Hollywood style.

His wife was working too, in a much different capacity. Here she is speaking to the press after visiting the Hanke refugee camp. I always, always, always love her timing. Right before the Golden Globes, Angelina Jolie was at the Vatican, meeting the Pope. This weekend, while the industry was celebrating itself at film festivals and at guild parties, she’s 10km west of Dohuk, Iraq, advocating on behalf of those who’ve been displaced and running from ISIS, almost like she never cared about award season in the first place. 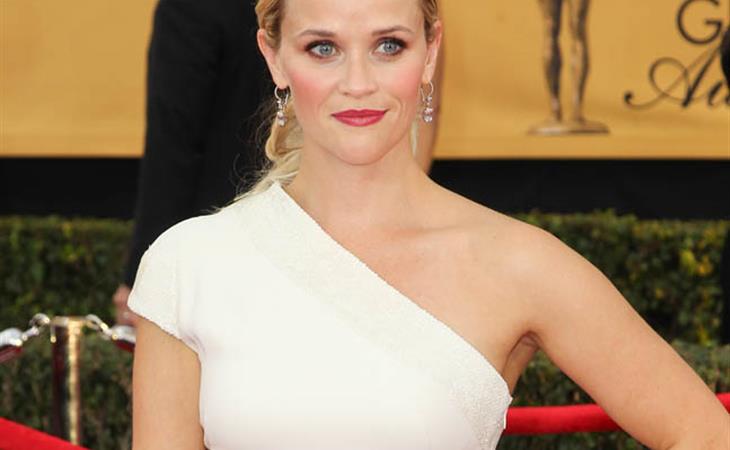