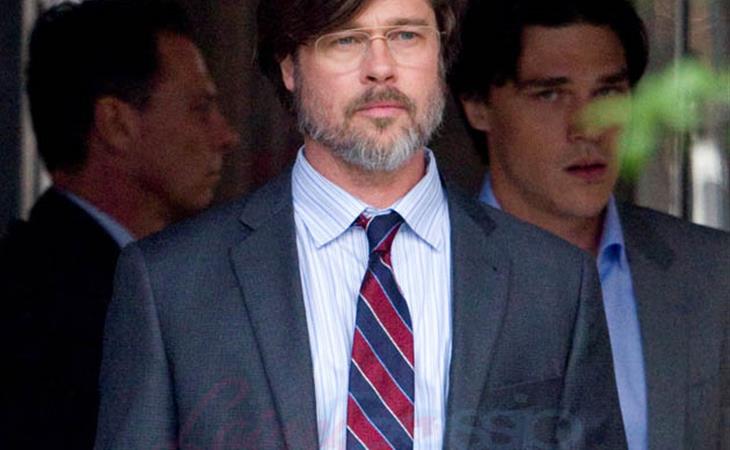 I posted shots of Brad Pitt’s grey beard in New Orleans the other day – click here for a refresher. But he was wearing his own clothes that day and hat. This time, he’s properly in costume on the set of The Big Short. And…well… the hair doesn’t match the beard, for starters.

There was a scene in one of the Oceans movies. Brad’s character, Rusty, was in disguise, I think as a doctor. Was it the first one? I think it was the first one. Anyway, he’s the nerd doctor who shows up in a bad suit, sweating from every pore. This is what he’s reminding me of. That guy. Basically your dad. Except is that your dad’s gait?

Brad’s always had a pretty sexy gait. It’s only real acting when you change your walk, you know. 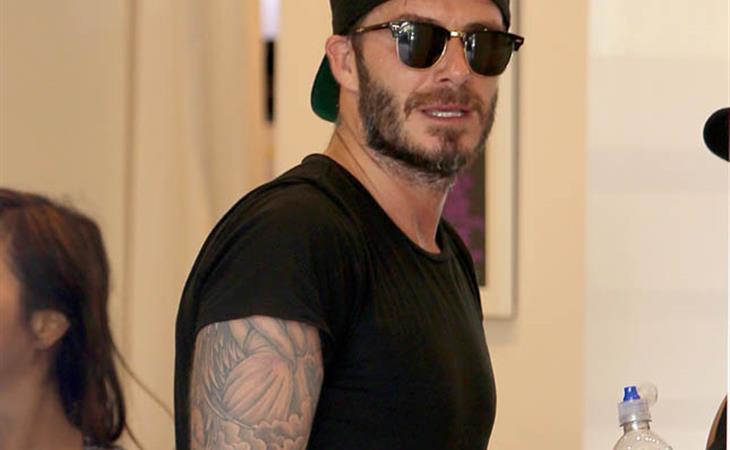 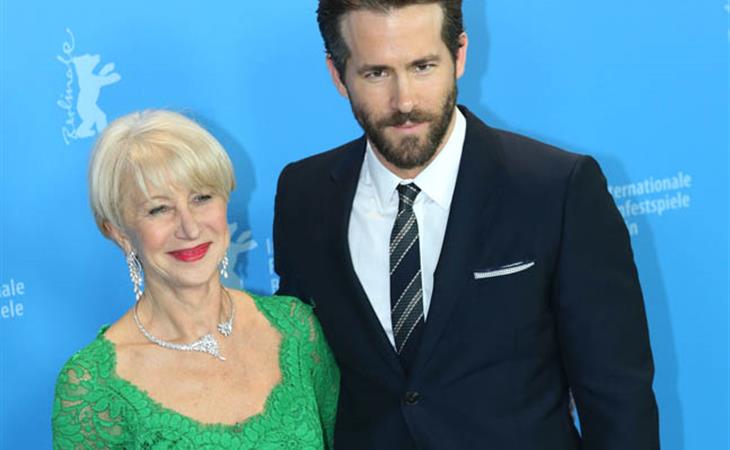