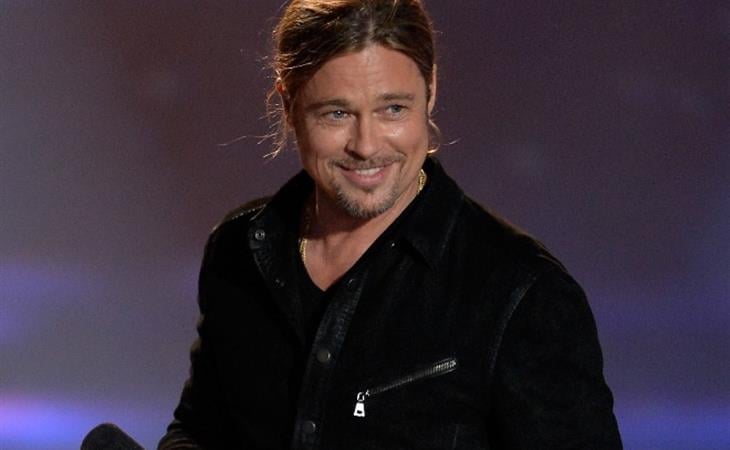 Brad Pitt presented the equivalent of Best Picture to The Avengers at the MTV Movie Awards last night because he needs the MTV audience to see World War Z. He wore a black leather shirt jacket and his hair pulled back in a ponytail which only accentuated his carb face. That’s the biggest face he’s ever had, right? And he was talking like a parent talks when he’s trying to be down with the youth. Made me laugh.

On Friday, Angelina Jolie was photographed arriving at LAX in black leather pants and boots with their son Maddox after appearing at the G8 Summit last week. Maddox is pretty much the MTV demo now, isn’t it? As far as I can see, there were no photos permitted of Pitt backstage at the show so we don’t know whether or not he had his kids with him to meet the superheroes, although that might start happening soon, I guess. As the Brange kids start fangirling their idols and pretty soon we’ll be able to creep them, and by extension their parents, on Instagram and Twitter. 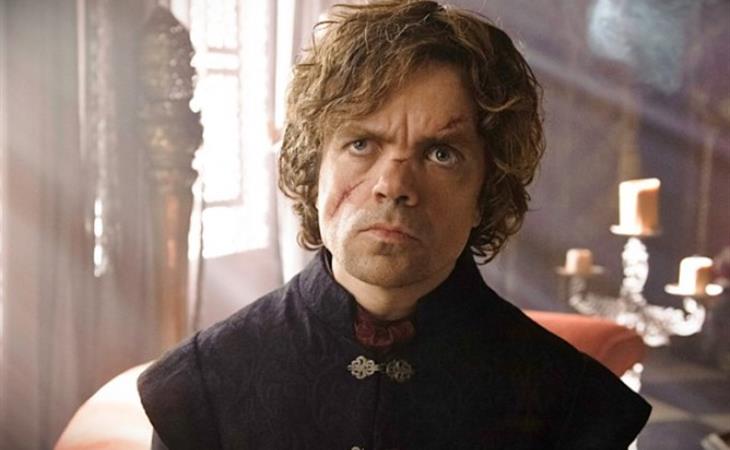 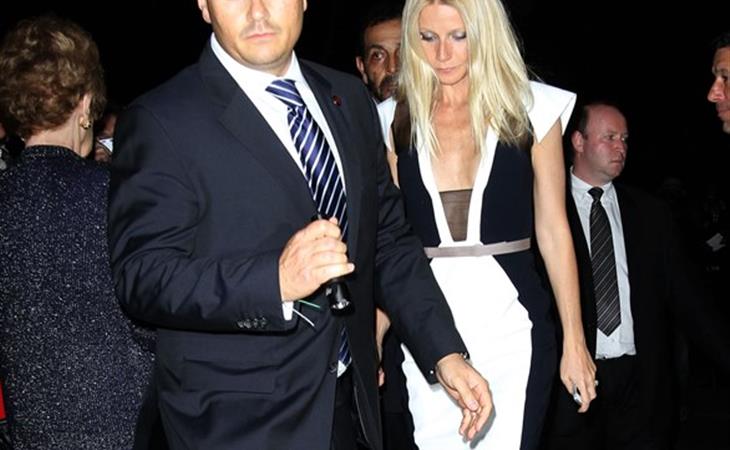