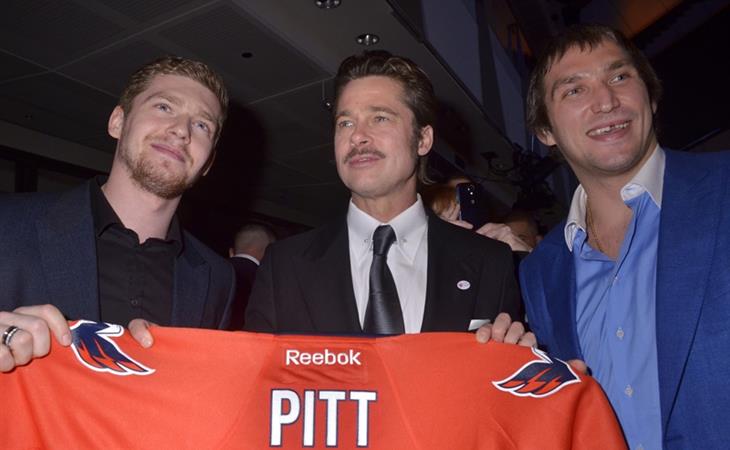 Brad Pitt: on his wife, his French, Fury, and Unbroken

I received the cutest email yesterday from a reader, S, who wrote:

Lainey,
My husband is going to have to send you thank you cases of Miraval Rosé for posting that behind the scenes video because I am so primed to bang his brains out when he get home from work. That f-cker is not going to make it past the foyer!

Right? Brad Pitt in DETAILS. I posted the photos and a video yesterday – click here for a refresher. He hasn’t looked that good in a long time. Especially when he’s riding that bike.

Brad was in Washington last night promoting Fury. In the capital, the suit comes out. And look! Brad Pitt with Ovie! Ovie and Evgeny Kuznetsov of the Washington Capitals presented him with his own jersey.

In other Brad news, more interviews…

So far this one is my favourite, with an Australian outlet. They discuss Oscar competition with his wife, speaking French with and for his wife, the age difference between him and his wife, there’s more about his wife here than I’ve seen from any other press opportunity so far:

On competing against Angelina Jolie’s Unbroken during award season:
She made an incredible movie; it’s big and her film is about the triumph of the human spirit against tremendous odds. I see the films as distinctly different, I see ours more of a day in the life of a family, three and a half years into war, that have been through Africa, France, Belgium, and now they are in Germany. And again, hers is something different. Hers is Louis Zamperini, this boy who came from nothing and against really great odds and it’s a triumph of the human spirit and it’s very inspiring in that way. But we are not pitted against each other and I hope it gets everything ... It’s worth seeing.

On living in France and speaking French:
We go by feeling, we go by instinct and it just felt right. It just felt right. And I think my French is pretty good. My writer/director put a lot of French in the film we are doing now ... My writer/director being my wife. [laughs] And, I think it’s coming, but I am determined, I am determined to learn it.

On being 12 years older than Angelina:
Eleven and a half, alright? Let’s get the record right! But probably the same age, maturity-wise. That’s the way it works. But anyone who is there, it doesn’t feel any different, does it? It’s great. And I have said this before but I will take wisdom over youth any day.

On being 50:
Yeah, I am pretty clear about how I want to live my life and what I want from my kids and my family and my wife and that determines everything, and I have never been one of those guys who thinks about the five-year plan and the 10-year plan; I have always gone by instinct and have great confidence in that instinct, and developed that radar of what feels right, what doesn’t feel right, and that’s been my guide.

I think he likes the word “wife”.

It’s a good day for Brangelunatics. 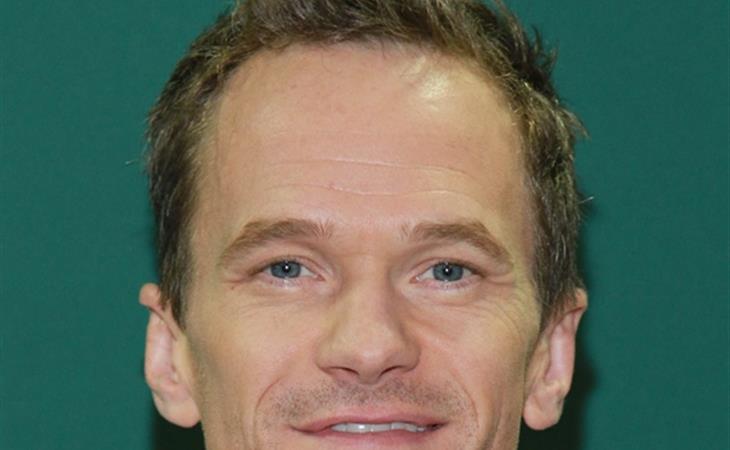 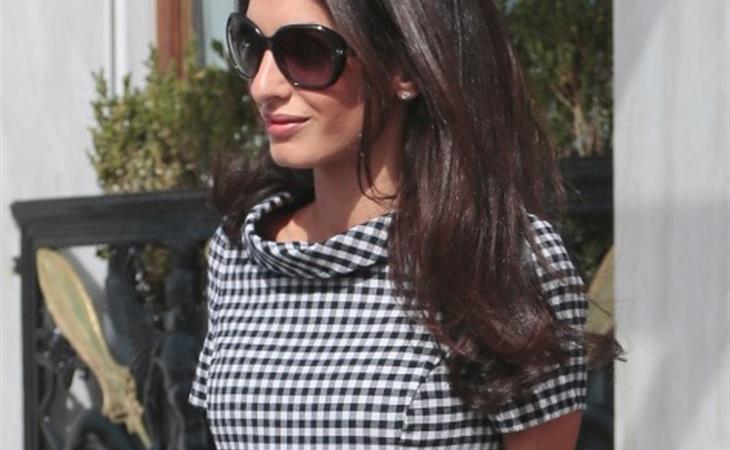 Amal leaves in black and white