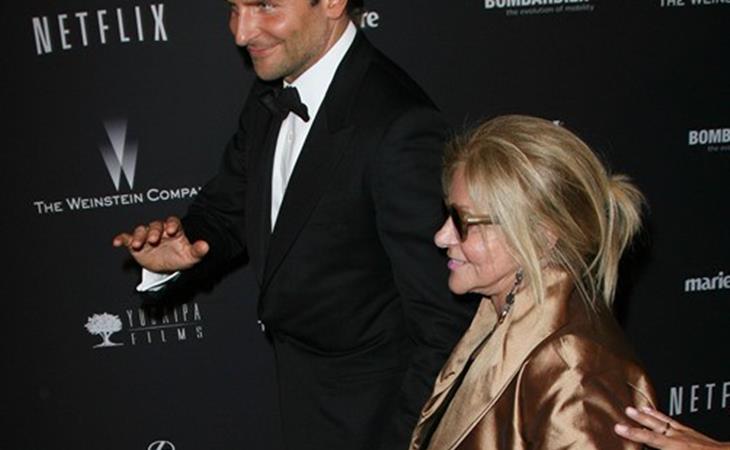 Partway through the show, I noticed a woman in a trenchcoat with her sunglasses on sitting in prime position on the first level, where all the major movie stars were placed. I thought she was a seat-filler. The best seat-filler of all time. Part Faye Dunaway, part Norma Desmond. And they couldn’t remove her without her losing her sh-t.

Turns out it was not a seat-filler. It was Bradley Cooper’s mother. Go back and flip through parts of the show – she’s always there, lurking in the background in that trenchcoat with her shades on Jack Nicholson styles, being so randomly awesome, I want to make her our unofficial award show mascot.

As for her son…

He was part of the men’s orange epidemic. Why were they all SO foundationed? 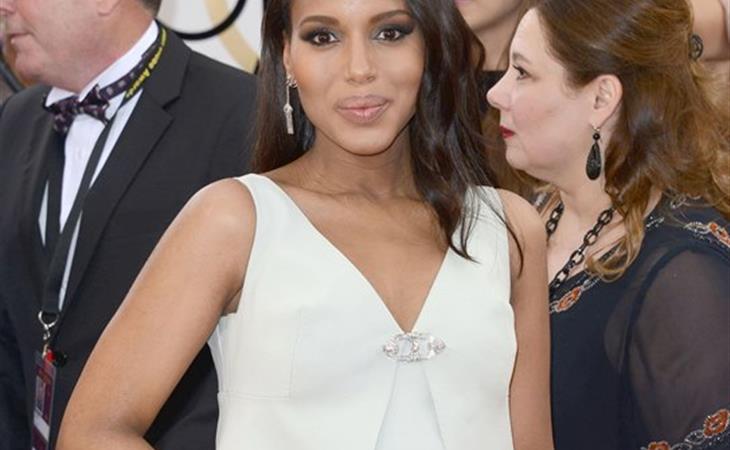 Kerry Washington: Bellycupping at the Globes 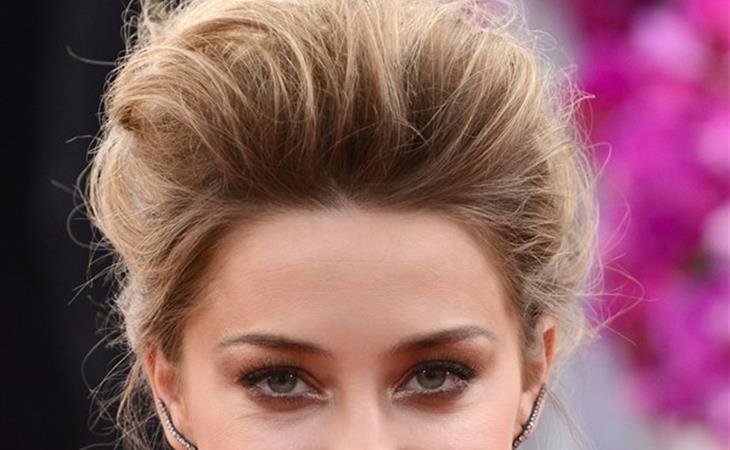