I was stuck at the airport yesterday, and as I stressed about missing Breaking Bad, most of my thoughts were on Walt’s take on chemistry – the study of change. Growth, decay, transformation. Walt to Heisenberg wasn’t quite a transformation, as I had always assumed. That was Walt’s growth, New Hampshire was his decay and the finale will be his transformation. He wasn’t a hangdog high school teacher and father, and he wasn’t a megalomaniac drug kingpin. He was a man, a murderer, a father, a husband and a contemplative genius. He was smart, he was calculating and he was prepared. At the end, Walt was worthy of his empire.

In terms of the structure, this show was extremely disciplined in the exploring and dispensing of each storyline – it was like watching Walt check off a to-do list.

Walt is leaving the bar after the disastrous call to Junior and it is something simple and unscientific that saves his ass: luck. Instead of scraping the entire window of snow (a sign of movement), Walt only scrapes a tiny spot to discover the car is unlocked. He finds a screwdriver – more luck. It doesn’t work, but instead, a key literally falls in his lap. Walt is a man of science, not faith, yet he says something like a little prayer: get me to New Mexico, and I will get the job done. And so he does.

Walt is making his way across the country and calls to check in on the Schwartzes by posing as a reporter from The New York Times. God he’s smart. After the call, he takes off his watch and leaves it on top of the payphone. Walt doesn’t need much time now.

First up: Elliott and Gretchen. I love the way he walks through their home, pretending to marvel at their heavy handed nouveau riche décor, but, knowing what he knows now, would Walt trade Heisenberg for Gray Matters Inc.? Call me crazy, but I don’t think so. Elliott tries to pull a knife on him, and Walt gently dismisses him like only an old friend can. There is history here and Walt knows just how to scare them. He lays out the rest of his barrel of money and tells them to give it to Junior in a trust when he turns 18. They agre, and of course we all know they will never go through with it, so he insures their promise with two red beams of light – which he claims are attached to two hit men – and he swears they will come calling if they don’t issue the trust fund.

Those two red beams of light? Badger and Skinny Pete yo! They briefly talk to Walt about the blue meth and Walt realizes that Jesse is alive and cooking.

Next up: Skyler. Marie calls in a panic to tell Skyler that Walt is back in the city. Skyler is smoking, drained, drab and just so alone. But she isn’t alone – Walt is there. Not to threaten her, but to talk to her one last time. To tell her that he has her ticket out of all her legal troubles – literally, the lotto ticket with the coordinates of Hank and Gomez’s bodies. Walt goes to tell her one last time why he did it, but it’s not the same old “I did it all for my family” spiel. Instead, he tells her the truth: “I liked it. I was good at it. And I was… really… I was alive.”

A bit of relief for Skyler in this scene: she knows that Walt didn’t kill Hank and she now has a bit of insight into why he dismantled life as they knew it. She lets him say goodbye to Holly and a few seasons back, Walt said that he had a perfect moment with Holly and he could have happily died afterwards. This may not have been a perfect scenario, but he got his moment with her. And this is the final goodbye with both of the women in his life. No hugs and no “I love you”. Not that long ago Walt was a good father and a good husband; he had a proper job and picked up pizza for his pregnant wife. Skyler and Walt built a life together before Walt burned it to the ground with his chemistry.  Walt may have been bored with old life, but Skyler was perfectly happy. Every step his took towards his Heisenberg life was a step away from Skyler. Imagine how startling it must be to discover that a life you love is an absolute drag to the person you are living it with? This visit is Walt’s small way of trying to ensure Skyler doesn’t spend the rest of her life being punished for Walt’s need to feel alive.

Watching Walt watch Walt Jr. was goddamn sad. Holly won’t remember him, but Walt Jr. will have to spend the rest of his life trying to figure out how his kind, gentle father turned into murderous meth cooker. This, for me, was the most unresolved relationship of them all. Walt Jr. might never be able to reconcile his father’s Jekyll and Hyde persona and he thinks his dad killed his hero uncle. He also thinks his dad kidnapped his sister (technically he did, but he had a motive) and held his mother captive with fear and threats. There’s so much Walt Jr. will never know and Walt has disappointed and frightened his son, just like Walt was scared by his dying father. It was one loose-end Walt Sr. couldn’t tie up.

There’s a little meeting at the coffee shop with Lydia and Todd, but it’s just a set-up for the big showdown. They sure are zooming in on that stevia.

And now the final stop: Aryan Nation. Of course they are planning to kill Walt and of course Walt knows this. He goes in, Uncle Jack tells him that this is the end, Todd looks sheepish and they are just about to shoot Walt when he calls them out on Jesse, saying they promised to kill him and instead partnered with him (which gives him time to reach across the pool table and get his keys – another bit of luck). I wonder if at this point Walt suspected they were holding Jesse, or if he thought it was more of a bargain for his life. They bring Jesse out and it’s clear what is going on – Jesse is just broken beyond belief. Walt pretends to attack him and as Todd goes to break it up, the bullets start. And they don’t stop for a long time.

Once it is over, Todd is alive, crawling around for his Uncle Jack and Jesse chokes him out from behind. I literally squealed with delight at this (what the f-ck is wrong with me?) but man it was great to see Jesse finally get some relief. It’s like watching good kill evil, complete with a neck snap.

Uncle Jack is still alive too, and Walt shoots him in the face before Jack could finish his sentence, just like Jack did to Hank. Hank’s life wasn’t worth the money to Jack, and Jack’s life isn’t worth the money to Walt. It was never about getting his money back anyway; it was always about revenge. Walt doesn’t even attempt to look for the money or try to find out where it is.

Now it’s just Walt and Jesse. Walt slides the gun over, asking Jesse to kill him. Jesse considers it but he knows that this is Walt’s dirty business, his final task for a dutiful student. Despite Jesse’s excruciating pain and suffering, he clearly sees Walt wants to die but can’t kill himself. In a final act of independence, Jesse denies Walt’s last order. Walt is hurt anyway, shot in his side (which probably came as he tried to shield Jesse). After a poisoned kid and dead girlfriends and killing and cooking, Jesse finally learns to say no to Mr. White. With a simple nod of the head, Walt and Jesse have their goodbye – it’s more of a goodbye than Walt had with his real son.

Jesse rips out of the compound, fast. He looks exhilarated and youthful -- he looks FREE. Like the New Hampshire license plate says, Live Free or Die, Jesse Pinkman.

Hey Lydia, enjoy the stevia! It’s not the flu. Sincerely, every person who has watched this show.

Walt’s last moments are spent in the lab, looking over the remnants of his empire, probably thinking about his life’s work. As the police close in, Walt lovingly pats a machine and looks at his blurred reflection. Walt’s ending is happy in its own way – he corrected as much as he could with his wife, Hank’s body will be found, he arranged for his family to have some money and he got his revenge on the Aryans and on the Schwartzes. Walt has gone home – not home to his family, but home to his science. And he quietly collapses on the floor before the police or any of his enemies can kill him or capture him. After a carefully planned exit, he died in control.

The end. Unbelievable. It’s such a satisfying thing when the writers of a show actually give you what you want, no? They didn’t skimp on the closure scenes, that’s for sure.

And to all of you out there: Thank you for reading my recaps, for your letters and for putting up with my Jesse Pinkman obsession. 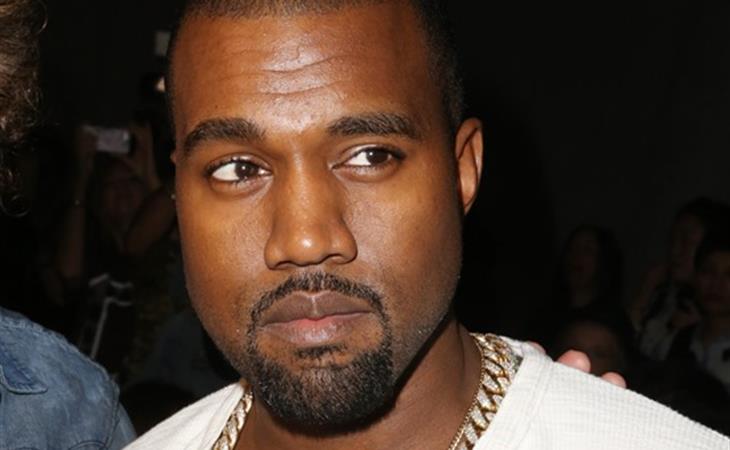