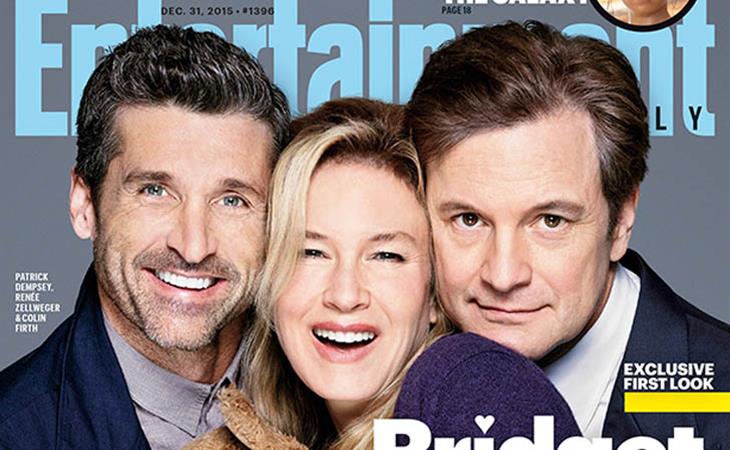 The cast of Bridget Jones’s Baby covers the new issue of Entertainment Weekly with more details about the upcoming movie. Specifically this:

In Bridget Jones’s Baby (out Sept. 16, 2016), Zellweger’s alter-ego is now 43, still single, and in a bit of a pickle: she’s pregnant and is not sure who’s the father. Is it her on-and-off again beau with the bad sweaters or a hot new billionaire named Jack Qwant (Patrick Dempsey) who is way more of a threat to Mark than Daniel Cleaver (Hugh Grant) ever was?

So Patrick Dempsey isn’t just pursuing her, he’s already caught her. He would have had to catch her at least once for her to not be sure about the father. You’ll recall, at the end of Edge Of Reason, almost 12 years ago, Mark proposes to Bridget. We were sent away thinking they’d get married. We’re meeting them again over a decade later and this is what they’re telling us? That Bridget’s having sex with Mark and some other strange all within the same ovulation period?

Look at the expression on Colin Firth’s face on this cover. He doesn’t seem convinced either. 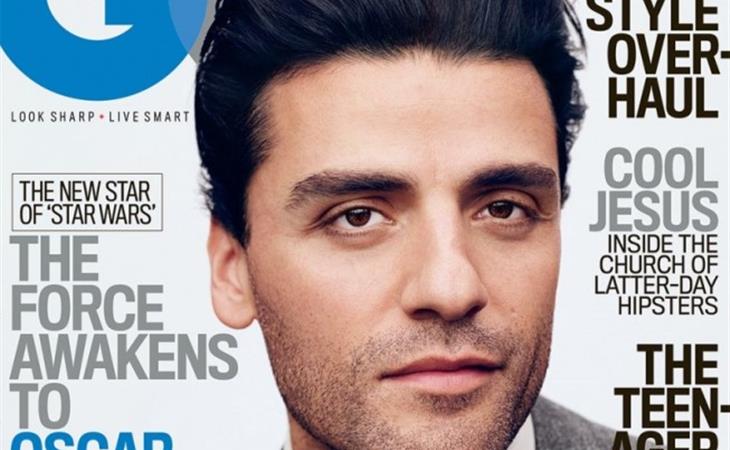