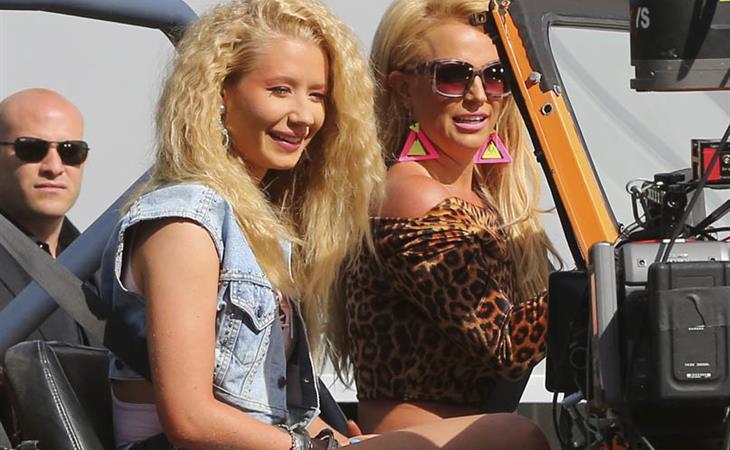 I feel compelled to repeat this whenever I write about Iggy Azalea: I am not a believer. The music does nothing for me. And the personality, I mean, I just don't care. Do you care? If you care, convince me why I should.

Anyway, Iggy and Britney are collaborating on a new song called Pretty Girls. They're shooting the video now. Iggy is directing. Apparently she's already directed a couple of her own videos and this is the first time she's directing for someone else. Since I've never watched an entire Iggy Azalea video I've no idea if she's any good. I've no doubt however that she thinks she's good. Sure.

Can we talk about what's happening here with wardrobe? The song is called Pretty Girls. Pretty is subjective, I get that. But. Um. This styling is universally not pretty, right? 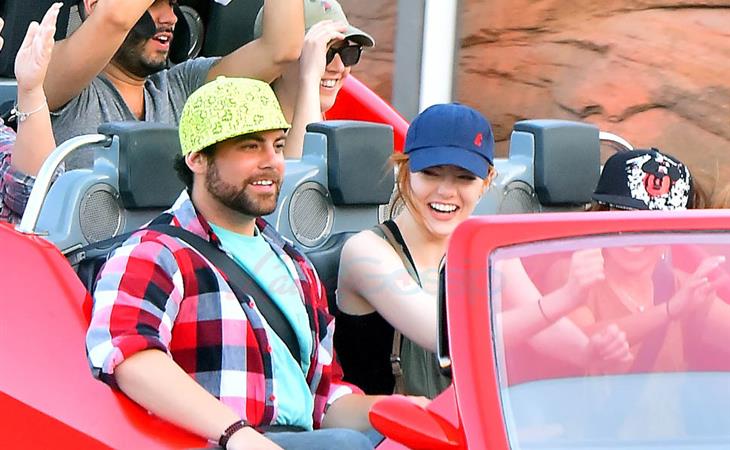