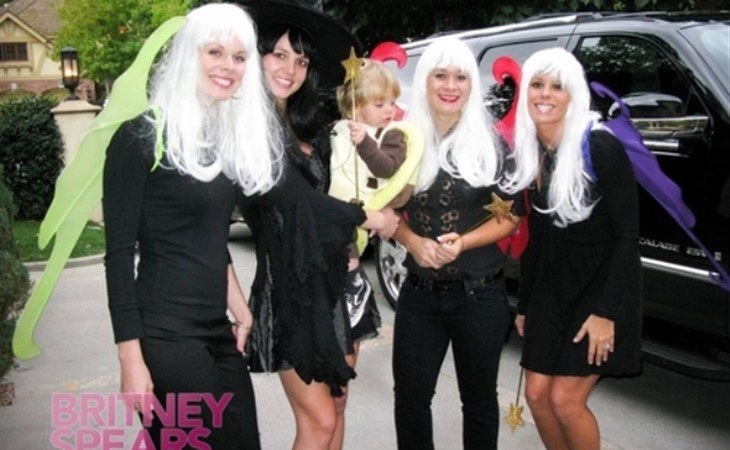 Dressing up the BooBoos

As mentioned the other day, Born Again Chicken Fried has taken to using her website BritneySpears.com as a promotional tool for her new album. Brilliant. She’s also complaining about the paps, posting videos of instances when they’ve gone too far. Fair enough.

But now it’s become a family album. Private photos of her BooBoos posted in various shades of adorableness at Halloween. Very cute. But aren’t kids supposed to be off limits?

Many of you have written to me to argue that paparazzi pictures of children are inappropriate. In theory…sure.

But People.com now owns Celebrity Baby Blog, a site dedicated to celebrity baby coverage. They post the images and say only nice things. Because the MiniVan can make or break a career. Just ask Brooke Smith. And you know no one kisses celebrity ass like People. As such, it’s implied approval then from the Hollywood community, non? And it’s not the picture taking they object to… it’s what you say about the picture that makes a difference.

Something to consider before hating on photographers.

As for Britney – well, Lynne Spears IS her mother…

Click here for more of Britney and her Boos on Halloween.

Oh baby, when you`re in uniform…

You just hooked yourself a Bass