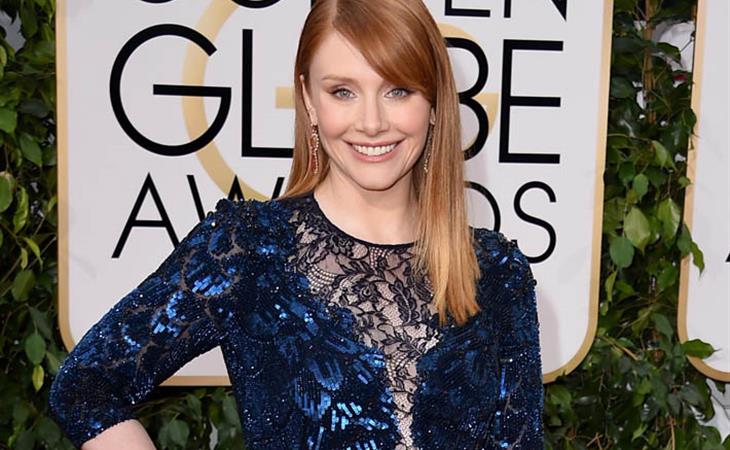 Let’s start with this – I like the dress. I’m always going to be partial to a Jenny Packham anyway, but I liked the scales/feathers on the sleeves, and that it had a different silhouette than a lot of the ‘take on a strapless column’ we saw from a lot of the others.

And if you somehow didn’t hear the deal with the dress—are you one of those wise people who just watches the show?—when asked who she was wearing, Bryce Dallas Howard didn’t just answer. She explained that she had bought the dress at Neiman’s, because, she implied, a stylist will only bring you one choice of dress if you’re a size six, and she wanted more options.

So is this an awesome call-out or a little skewed? To be clear, what she’s saying is that a stylist can only borrow, for free, one or two choices of dress if you’re a size six. If you’re paying for them, you can have as many as you want. The idea that someone would be so bold as to put their OWN MONEY into the way they look doesn’t usually even come into play. That’s what makes this so rare – on top of the fact that a size six ain’t that big, so it shouldn’t be that hard to find a size six dress (and I’ll bet those same stylists don’t have the same problem when it comes to, say, Beyoncé).

But this isn’t going to be the girl-power anthem of the day because most people don’t know who BDH is (true story – earlier tonight we kept referring to her as BDH while we texted, and inevitably someone would say ‘who’s BDH’ every 15 minutes), and those who do don’t love her. She’s not heading up any revolutions.

I guess the question is, do you wish she was?

I also really liked that she wore red-and-orange earrings with her blue-and-black dress. I wish more people would do this. 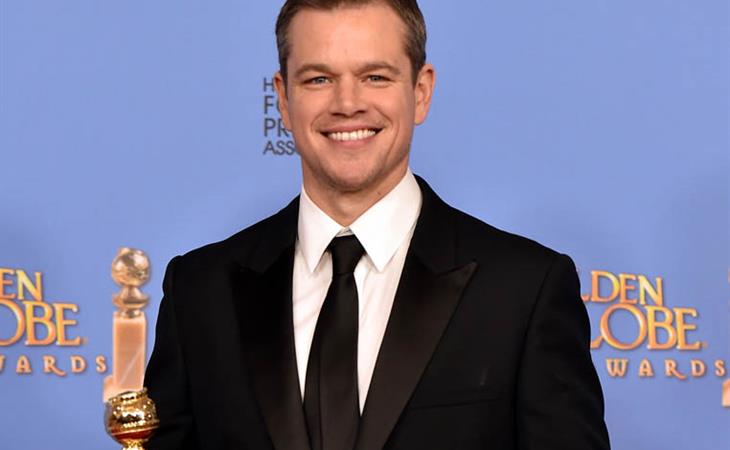 Matt Damon: way back in second 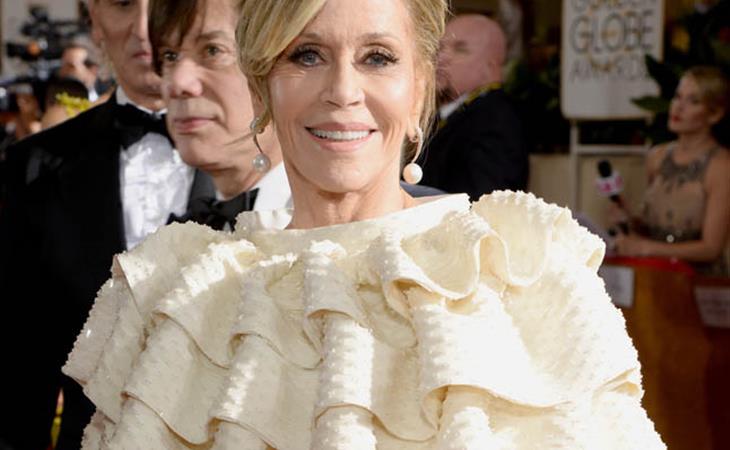