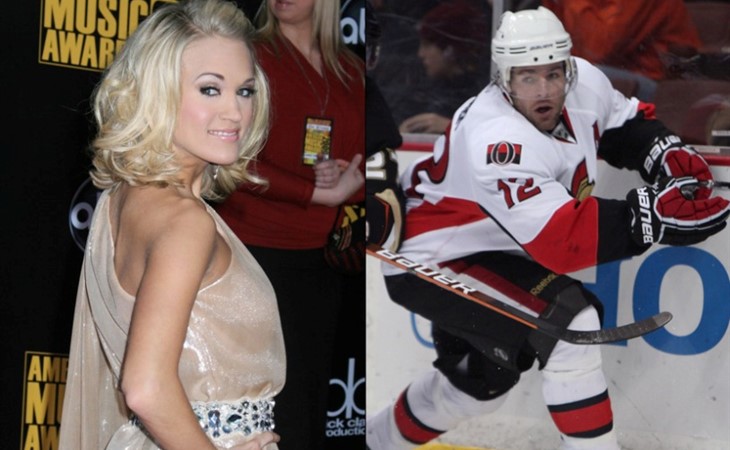 She was in Ottawa last week spotted at a Senators game and speculation at the time was that something special was going down. And so it appeared all over Twitter yesterday when a family friend tweeted congratulations on their engagement. Local papers have confirmed it today: Mike Fisher proposed to Country B. Obviously she accepted. And she probably called up the yappy friend who blew it wide open and tore a strip off his ass.

You know she would rather hit the deck than have her private life exposed. She also hates when someone steals her thunder. What a f-cking buzzkill, right?

Mike is currently enjoying a great season, the best of his career, and has an outside shot at making Team Canada for the Olympics. If he does, will she lower herself to mingle with the millions in Vancouver? Please, citizens. Don’t you dare talk to Carrie Underwood. She’ll stop you with her death glare.

No one will tell him he sucks