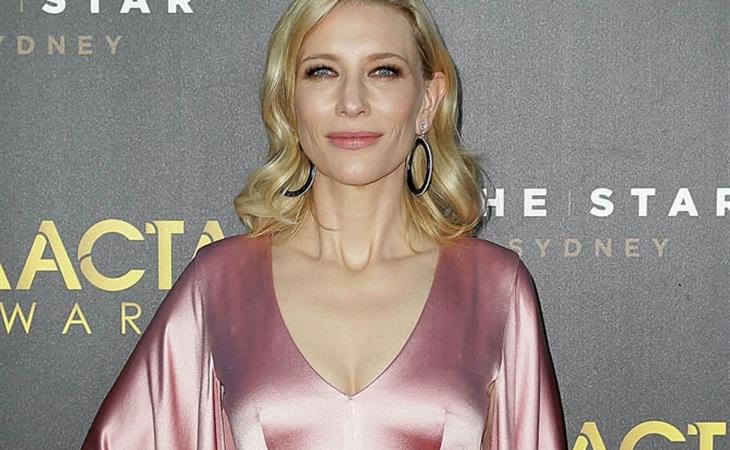 Saving Cate for the Oscars

Cate Blanchett stepped out in pink silk last night with black sleeves and hem at the AACTA Awards in Sydney. On anyone else… this would be a mess. Easily. Like on someone with sh-tty posture? And a lot less poise? It’s not my favourite Cate fashion moment. But I can appreciate that she can elevate a piece that on anyone else would look suuuuuuper cheap.

Have you missed her this award season? She was the lock of 2014 for Blue Jasmine. No one was going to challenge her. Like no one will be challenging Julianne Moore this year. So Cate took her second Oscar and then went home, as she does. Australia before Hollywood.

Not to return until …the Oscars? Joss Whedon wants out of the superhero boys’ club