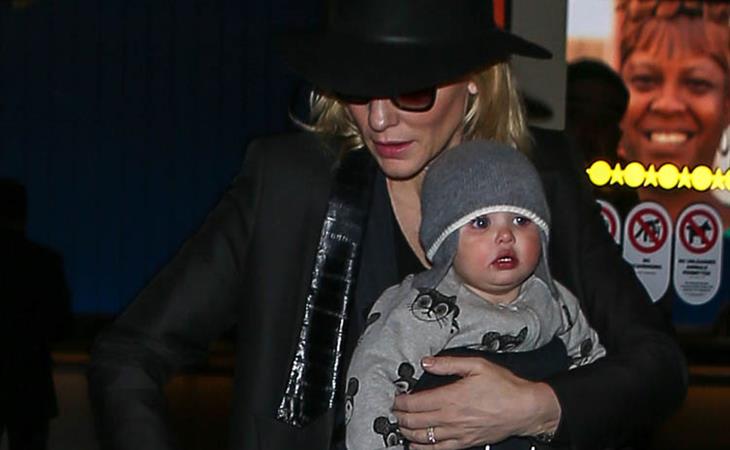 Cate Blanchett spent Christmas with her husband and children in Australia. Yesterday she was photographed arriving at LAX with daughter Edith ahead of the new year. I’m not sure it’s going to be a short stay either. Because that’s a long flight. And if she leaves again she’d have to be back in LA quickly on January 10th for the Golden Globes, and again for the Critics’ Choice Awards a week after that on January 17th. Then on January 29th it’s the SAG Awards. And the BAFTAs happen on February 14th, just two weeks before the Oscars. And while BAFTA and AMPAS have yet to announce their nominations, well, it’s Cate Blanchett. Come on. Everyone knows she’ll be there for her performance in Carol.

Which is why it might be more convenient to make LA home base for a couple of months. And to get settled for schedule adjustment sooner rather than later. After all that, once the awards marathon is over, Cate will do as she does – she goes away. She told UK Harper’s Bazaar that, “I'm not planning on working much in 2016". Apparently she and Andrew Upton will be deciding this year where to move. They confirmed a few months ago that they’ll be relocating from Australia at some point but hadn’t yet decided exactly where. Can you see her living in LA? I can’t see her living in LA. So… New York or London?