There’s no way she wrote this joke herself (but I still like it).

Marvel: "Infinity War is the most ambitious crossover event in history."

The last four CFDA Fashion Icon Award winners are Rihanna, Pharrell, Beyoncé and Franca Sozzani. Three out of four are first-name famous, and Franca is revered in the fashion world. Naomi is a one-name supermodel, a well-deserving recipient. Who do you think will present? My guess is Kate Moss, Donatella or Diddy.

Duana wrote about Jameela Jamil’s Instagram outrage less than a month ago. Jameela has turned that post into its own account, calling I Weigh a movement. She is not someone who uses words frivolously, which makes me think there is a larger project in the making.

Thanks Instagram for making my @i_weigh insta Page Verified. This means instagram is behind what we are doing and trying to help us with changing how we make women feel. Keep spreading the word and the love for yourselves and the lives you live. None of us are perfect and a lot pic.twitter.com/VjsQlUdN2s

I’m guessing the ridiculously named Baskin Champion has a few new Instagram followers – but still no checkmark, even though there are tons of imposter accounts. She should get verified ASAP; it’s only a matter of time before Justin goes back to Selena.

Katie Lee was once married to Billy Joel. She is now engaged to TV producer Ryan Biegel. In 2014, Page Six ran a retrospective on Billy’s marriages and called her “the social climber.” What did that make him?

I saw this and thought maybe Gordon Ramsay was doing the food for Meghan and Harry’s reception, but according to reports they are using Table Talk. Is this 100% confirmed? Because if they’ve broken tradition on the engagement photographs and wedding cake, they could probably do the same for food.

I may not let them cater the #RoyalWedding but the Junior Home Cooks are cooking for a wedding tomorrow night on an all new @MasterChefJRFOX at 8/7c ! pic.twitter.com/yCxbuGTixQ

I mean the cuteness. 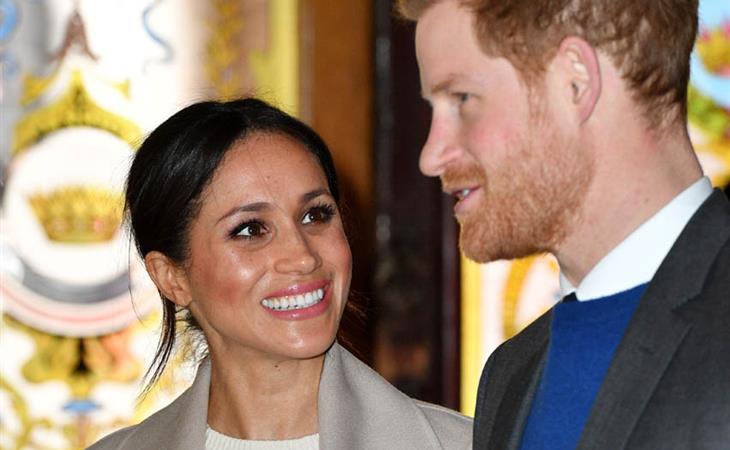 Harry & Meghan at the saloon