Spencer Pratt knows his place in the celebrity eco-system more than most famous people (or formerly famous people). And how does a restaurant pull your discount – does the waitstaff have to discreetly mention it as s/he sets down the bill? Or do they give you no warning and at the end of your meal you get the receipt and don’t see that Manager Discount line?

I no longer get my discount at don antonios ... I'm officially over


If you are Canadian, enjoy this earworm for the rest of the day. I’ve been singing, “Treat it with Tremclad, give it that TLLLLCCCCCC” for hours.

If you are Canadian and grew up in the 90s you probably remember the greatest jingle ever. https://t.co/nDmamSIVvy


Coffee is for closers, Alec.

My wife went to get my coffee...


Why don’t we talk about Divorce more? I can’t get anyone into this show. It’s lonely over here.


Taraji is flaunting her vacation, as she should. I feel like she’s someone who doesn’t take a lot of time off.


Gwyneth Paltrow is visiting her exchange family – she often mentions them when she casually works “I can speak Spanish” into her interviews. I’ve never understood why people make such a fuss about this – over 430 million people speak Spanish.


The baby’s brand new, so the poo is still the tar stage, right? I forget how long that lasts.

When the fourth nappy happens in 5 minutes pic.twitter.com/cQfH9X0wAG


Miley Cyrus’s sister Brandi and her mom Tish are starring in a new Bravo show centered around interior design. I looked back at the Simply Cyrus YouTube channel, remember that? and it hasn’t been updated in a year, which makes me think they switched their focus to this new project. Miley makes a very brief cameo in the trailer.


Milo Ventimiglia quit Instagram in 2013 because it wasn’t about the photography anymore. Very Bon Iver of him.

A post shared by Milo Anthony Ventimiglia (@miloanthonyventimiglia) on 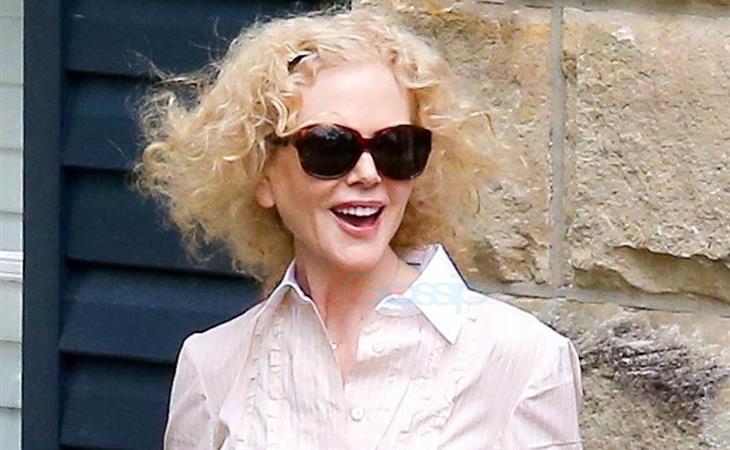