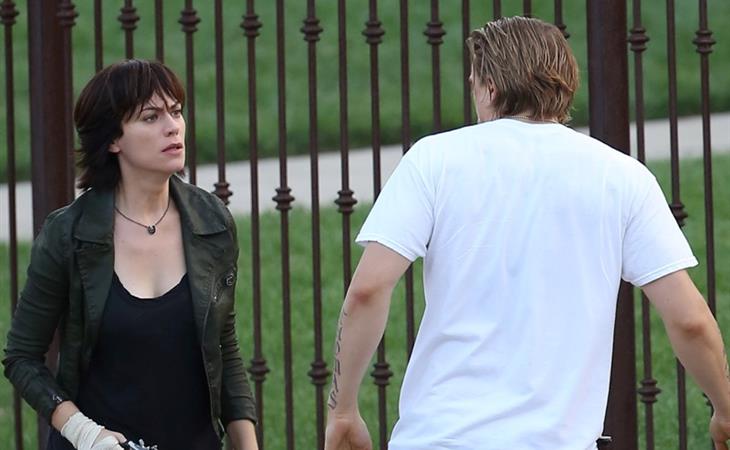 Jax and Tara are the Robsten for Sons Of Anarchy fans. You can see it on YouTube, tribute video after tribute video featuring all their romantic, hot scenes, mostly from seasons 1 – 3. I’ve never understood the attraction to Jax as a character. He’s a sexy motherf-cker on looks, sure. But Jax’s personality, his violence, his ruthlessness, his hypocrisy, it’s never appealed to me. But Tara’s devotion to Jax I can understand. There’s history there. It’s her character’s major weakness. It’s the reason for her self-loathing. And THAT is what makes her interesting to me – probably more interesting to me than Jax ever was. Still…not interesting enough to make me want to keep watching. Because that season premiere was a straight up mess. I just watched it last night and it’s not even a hate-watch anymore. The only part that made sense to me was Jax’s betrayal. Which is probably the part that Jax and Tara fans are most upset about. Why? This is who they are.

Anyway, here are Maggie Siff and Charlie Hunnam shooting a scene from an upcoming episode. Tara appears to be waving a gun around and Jax is trying to stop her? If I were her I’d shoot HIM. He’s a f-cking idiot. 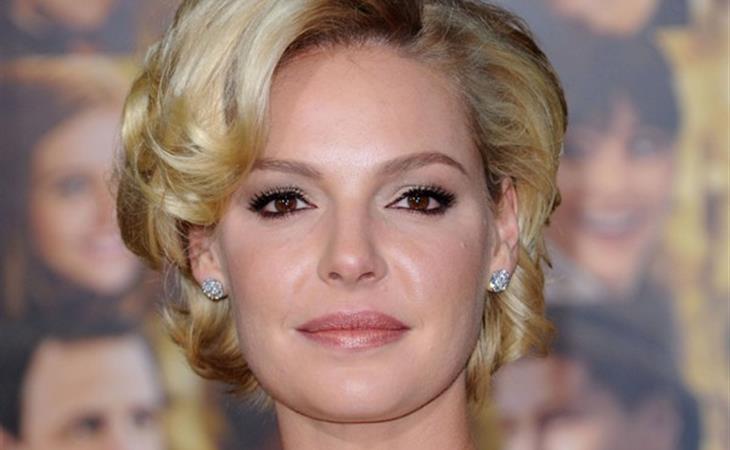