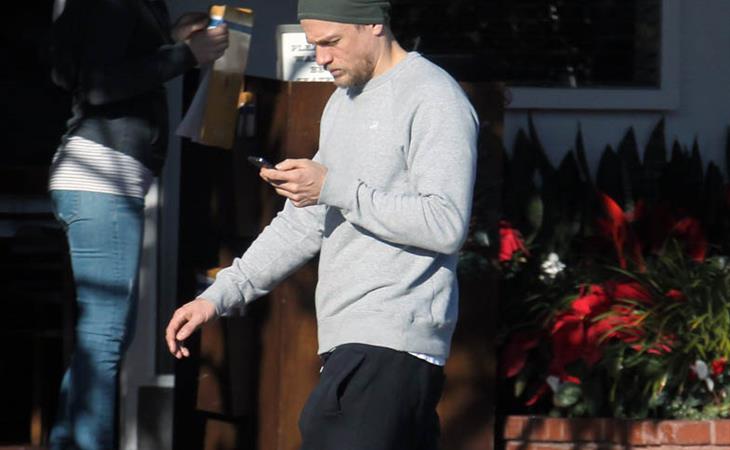 What a gift! New photos of Charlie Hunnam, just in time for Christmas! This is exciting because, as you know, he’s not papped all that often. Here he is shopping at Fred Segal yesterday. It might be the last time we see him this year. And it’s not looking like we’ll be seeing much of him next year.

Charlie’s next movie, Guy Ritchie’s Knights Of The Round Table: King Arthur, was supposed to be a summer blockbuster, due out in July. It was confirmed earlier this week that the film has been pushed back to February 2017. Warner Bros doesn’t want it going up against other major releases. The other film he worked on this year, The Lost City Of Z, still doesn’t have a release date. Which means Charlie likely won’t be scheduled for any promotion. So enjoy this while you can.