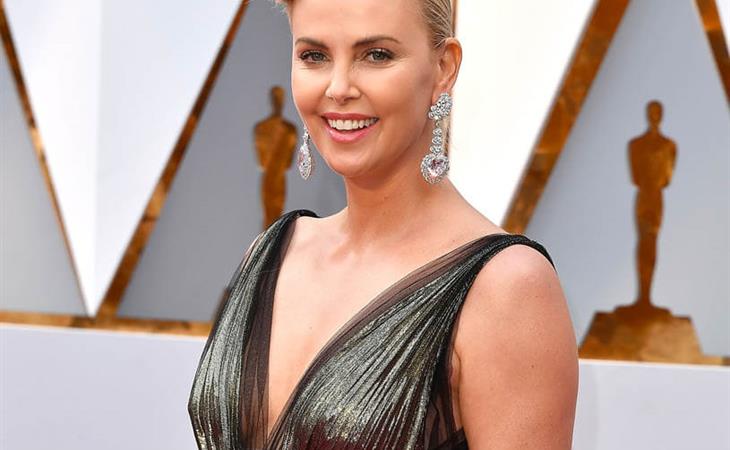 Want to know a little tidbit I am embarrassed to know? Charlize Theron and I share a birthday. Not the year, but the day. Also David Duchovny, if you really want to know.

It’s not exactly why I always think of her as being stalwart and around, but it doesn’t hurt. Charlize Theron has been doing this for a long time. Takes some time off, or does a big push for a while and then stops, but she’s a reliable elder of the red carpet scene.

Style-wise, she’s always been reliable, too, in the sort of Kingdom-Phylum-Class-Order of “Old Hollywood Glamour”, subsection Amazon, Subsection Classic Vampy, Subsection Precision-fit.  Each one of her column dresses was… not revolutionary, but precise. It was doing Charlize. 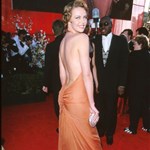 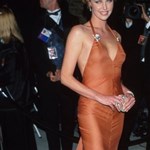 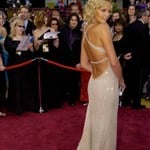 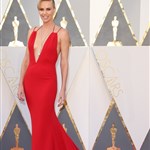 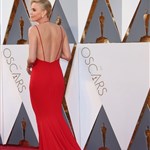 So last night’s gathered gunmetal felt, first of all, wildly off-brand, like someone talked her into something because she whined about feeling same-y, and so not what she does. If we’re doing an open, flowy dress now, we’d have to do something else with the hair… and I hesitate to say what else, because I don’t want to have Charlize looking like the Petroushka doll of Kate Bosworth by skinning it back. All I know is that sad little ponytail at the back is just asking for someone to hang onto it and, like, steer. Who made that choice? Charlize has always had a healthy side of ice queen. This is the opposite of that. This ponytail belongs to a second-string cheerleader named Kayla.

But it all pales in comparison to the fact that this is SO TOO BIG for her. Too much fabric! It wants to fall off her shoulders, it makes her waist look wider than it should, and it’s creating a beehive effect over the rest of her that makes it seem like she’s not standing in one place. Nobody has to wear body-con forever, and it’s fine to want a looser fit, but when it’s achieved via a pleated shimmer that is begging to be told which way to go, it doesn’t look loose like ‘not fitted’, it looks loose like ‘not planned’. “Hastily assembled.” “Your mother giggling as she says she can too make you a toga for Greek day out of a sheet.” Also, if you’re going to have a plunge neckline, let it plunge. This is…meandering.

I’m tall. I like odd colours and clothes, and I LOVE a pleat. The chances that I would pick this up for myself, theoretically, are quite high…but oddly, the taller you are, the more precision counts… at least in copper-gunmetal glitter, where winging it just doesn’t work.

I’m always the one saying I’d rather have a misstep or a mistake than be boring. I still believe that, including on my personal fashion avatars. The flip side, of course, is that when it goes poorly, there’s no mitigating it – this dress is definitely designed to be seen… and it was. 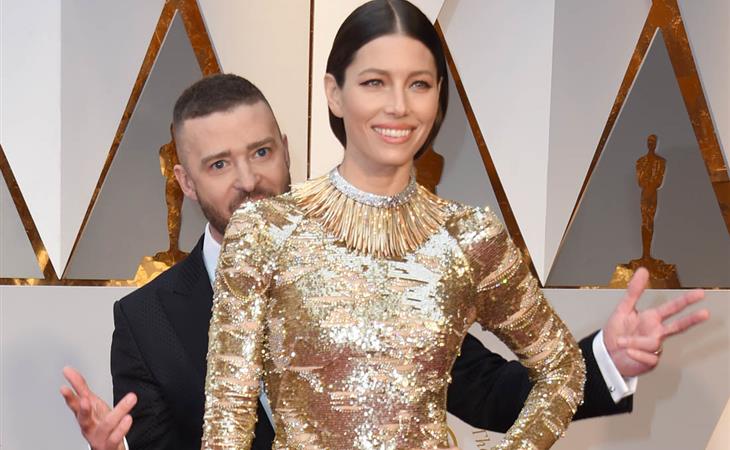 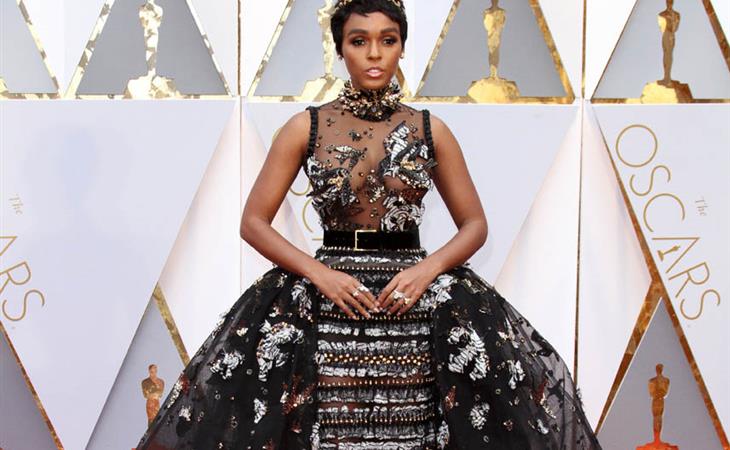