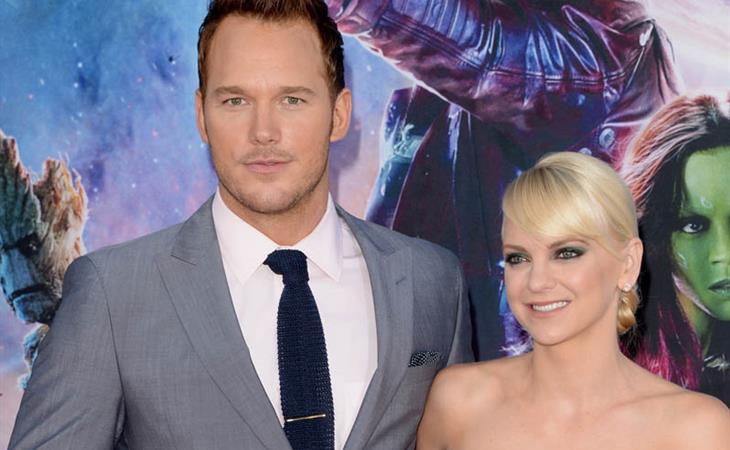 Chris Pratt and Anna Faris were on hand at the premiere of Guardians of the Galaxy last night to christen Pratt’s new career as a movie star. I’m not loving his suit. It’s boring, and the tie looks sloppy (needs pressing?), and his douche hair is too much. Chris Pratt is so cute! What is this look? Why is he fighting his hotness? Chris Evans is always fighting his hotness—I need one of the Chrises to just own his sh*t and show up looking great. Maybe next time—the London premiere is Thursday.

I am into Faris’s dress, though. It’s so summery and I love the green beading. It’s a great dress for a night when she’s the +1. Put together but not distracting, at least until I get to her eyes. Who decided that thick black eyeliner is a good look for anyone? Nothing ages ladies faster than raccoon eyes (cc: Duchess Kate). Maybe that’s it! Maybe she’s cosplaying Rocket Raccoon.

Guardians of the Galaxy is having a scaled-back press tour, by Marvel standards. The movie opens next weekend—they’re not having the month-long world tour we’ve become accustomed to with other Marvel titles. This is a big part of the secret of Marvel’s success—they do not break the bank on press events. It’s normal for studios to spend $100 million on press for tent pole movies, if not more. Huge marketing costs drive an already expensive film into ludicrous territory, making it virtually impossible for studios to make money on theatrical release.

But Marvel, oft-mocked for their cheapskate ways, manages to keep their expenses low enough that they’re not setting up their movies to fail. They’re hedging their bets with the risky Guardians by doing a scaled-back press tour. If it’s a big hit (which it will be), #2 will get the month-long world-romp. Hopefully they’ll get a better stylist for Pratt, too. Seriously, what is with that lumpy tie? 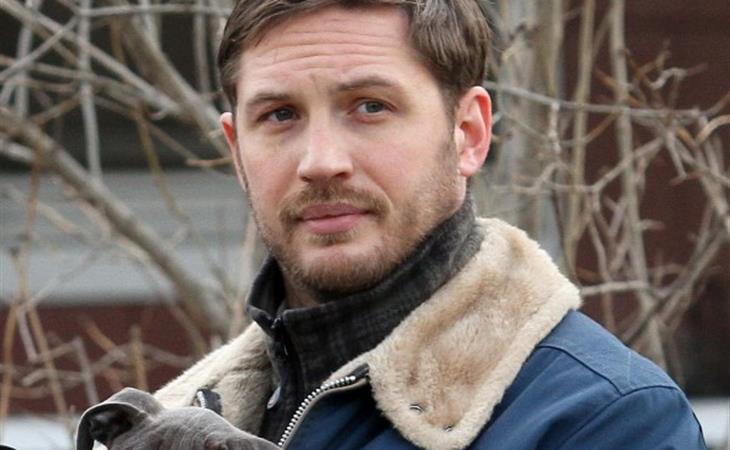 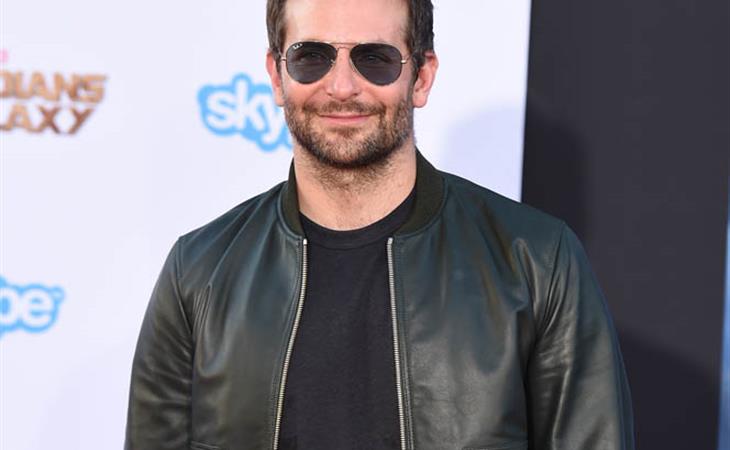