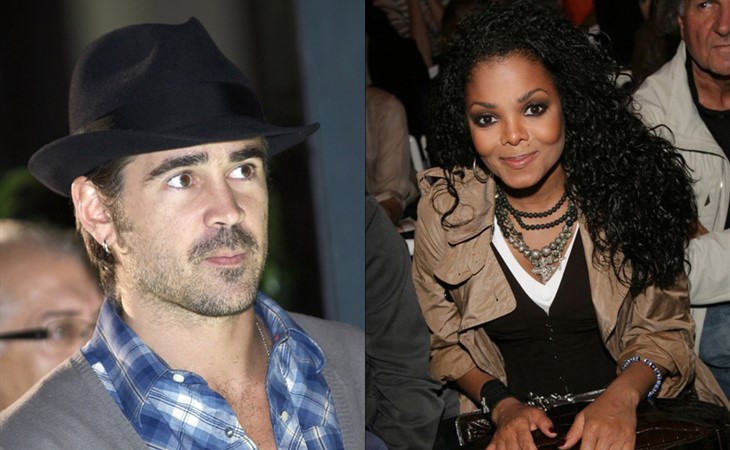 Same side in a booth

It’s a little unorthodox, sure. But you’re an unorthodox guy. And very, very intense. So if you were having lunch with a friend, and the conversation was a serious one, I could totally see you sitting side by side in a booth instead of sitting across. Doesn’t mean you’re f-cking her, right?

Because ETonline.com seems to be suggesting that you are. Just because you and Janet Jackson were side by side in a booth at the Polo Lounge last week. I’ve been to the Polo Lounge twice, drunk both times, but I remember they do have round booths right? So however sit you’re beside the other person anyway? It’s a bit hazy, I confess.

So am I grasping?

To defend you am I grasping?

Are you f-cking Janet Jackson because you ate with her and sat beside her in a booth?

Jumping to conclusions is my favourite thing to do but even for me this is a stretch. I also want to be fair to you. Because your baby mother Alicja Bachleda gave birth to Henry Tadeusz just weeks ago. And you all seem so in love. And this is probably about Janet’s new music video or something…

But if I were Janet, coming fresh off of Jermaine Dupri, I mean you look good every day. But baby you’d look extra EXTRA good after several years with Jermaine Dupri.

If I were her, I’d want more than side by sides in a booth after salad.

If I were her, I’d want you to help her sell her new album and some breakfast, lunch, and dinner on the side.

Be careful about optics, darling. Wouldn’t want Alicja to be upset. I know about Poles and propriety and decorum. My inlaws think using paper plates is low classy. They wouldn’t understand about showbiz and showbiz f-ckery. They’d only see the Disrespect. I’m your girl. It’s my job to look out for you.