He celebrated last night at an exclusive private party at Soho House, an intimate, elegant affair, and, as always, was beautiful and charming, as was his wife, and together, well, it’s too much beauty and charm, and then they brought him his birthday cake, adorned with 9 candles, and she beamed at him from across the table, and he beamed back, and they giggled over a portrait that was presented to him when he had really shaggy, long 70s hair, and he delivered an impromptu address, self deprecatingly of course, about how much he values his friends, and how he hopes to keep his hair, and not become increasingly jowly, and she threw her head back and laughed at everything he said, and afterwards they embraced and once in a while, not often, but once in a while, you get to see an actual movie star, a celebrity in every sense of the word, who is actually a human being too. This is Colin Firth. He’s perfect.

And he knows how to have a good time. On junket yesterday, interview after interview, he was funny and light and present and sweet. Like a normal person after a long day at work, Colin needs to kick back too.
Please. It’s pure James Bond: a dry Grey Goose martini for him, it’s his favourite, while everyone else, myself included, was cleaning out the supply of the “Torontonian” – they theme 3 drinks at every festival, and this one is Grey Goose with Canadian ginger beer, cucumber, mint, and some other magic, and yeah that British crowd can pound it down.

Tonight is The King’s Speech gala. And the crowd will lose their sh-t. Sarah from Cinesnark noted during our liveblog the other day that while Never Let Me Go is dominating the spotlight, it would be the little guy The King’s Speech that will truly run away with it. She’s right but The King’s Speech is very much no longer a little guy. It has everything Oscar wants without that offbeat weirdness that could turn some Academy voters off on Black Swan. All of Harvey Weinstein is behind this. And if it’s one thing about Harvey, when he believes in a film, he’ll work for it like it’s his only mission in life.

The King’s Speech will be released in November. You must go. I promise you, you will love it so much. Here’s Colin walking around, no fuss, with his assistant yesterday. For more Colin Firth, check my Twitter later on this afternoon.

Try to work the rest of the day 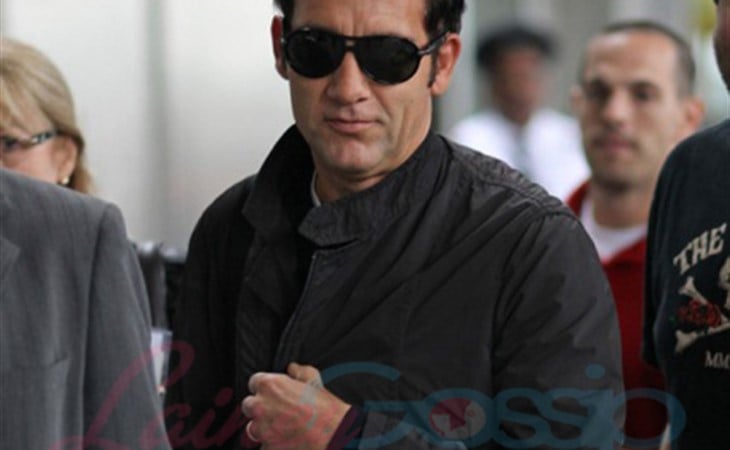