Duana Names: A Stockingful of Updates

There is nothing better than receiving the updates of the names chosen and not chosen, and especially where around the due date I landed. Sometimes people include the due date and I publish on that day, crossing my fingers. It often works, but not all the time. Here’s the update on A million little Liams…

I was due on Nov 17 and went into labour on Oct 29 and had a baby girl at 11:42 pm. We named her Daphne Elizabeth and have had such positive feedback with the name. It suits her as she is this tiny beauty but with some feistiness about her.

Thank you again for your suggestions and I was more in the camp of, if I heard Michael Keaton it reminded me of Family Ties.

Then there was the update from the woman with the dilemma so nice we addressed it in both Fun With Syllables and Inspiring Women...

I wrote you quite a while back twice about a sister’s name for Annabelle and Beatrice. I thought you would appreciate an update! We ended up having a girl and after a few days in the hospital we decided on Caroline Grace. My husband and I took a last minute getaway right before she was born and while we were discussing names he threw out Caroline. It had really never been on my radar and I didn’t love it but said we could add it to the list. I actually had a friend who named her daughter Caroline years ago and (in my head) turned my nose up at it.

Our final three choices were Grace Houston, Lindsay Grace, and Caroline Grace. My husband would never get on board with Georgia and Eleanor just didn’t fit us. Fast forward to the doctor saying, “It’s a Girl!” Right away, in my head, I thought, “She’s Caroline Grace” but I couldn’t commit to it right away. We had to try it out for a few days before it settled in. You don’t realize how many times people ask you for your baby’s name until you don’t have one for her!

Anyway, three months in, Caroline was the perfect name for our baby girl number three. It fits her, it goes nicely with Annabelle and Beatrice, and I like it more and more each time I say it.

The responder to Old People Get No Opinions felt like she was late getting back to me, but please know I get that you have a life and, by necessity, a baby. I totally get that it takes a while. Especially when the letter comes in like this one…

Hi Duana,
I remember you posting awhile back that it takes the average person 6 months to send their name nerd update. Well, my son is now 8.5 months. Oops! Turns out having two young children makes you a total jerk. My apologies.

Our baby boy, Damian, was welcomed to the world April 1, 2015. Not a single person has made any "The Omen" or "Son of the Devil" remarks to us. There may have been a moment during the 57 hours of labour that it took to get him here, or during on of his 3+ hour crying jags when he was colicky, that I said something to that effect... But I think I can be forgiven. Thanks for giving me and my husband the courage to go with the name that we loved!

And it turns out that even when I don’t answer your letter, sometimes I do…I wrote to the author of a note worried that I might have missed her deadline:

Hi Duana, perhaps you can offer some advice.  My husband and I are expecting a little miracle third daughter in a few weeks (natural conception after rounds of IVF for the other two!), and are struggling with names.  Our girls are Katherine and Elizabeth, though we call them Katie and Ellie respectively. I like these names because they can have cutesy kid versions, short serious versions for when the girls are CEOs, and even long full versions should they wish. In other words, I enjoy providing name "options" for my kids to give them some flexibility.

Our last name starts with "S," so my husband is adamant that we can't have a "B" first name because of the initials. He also thinks we have to stick to quasi-royal British names, but I tend to disagree. On that front, he likes Alexandra best, with the nickname Alex, which does fit the trend and avoids yet another "ie" short-form ending. He also likes Veronica, which I like too, and I like Vanessa, Sarah, Sabine/Sabrina, and Margot, all of which he dislikes.

I'm just worried we'll go with Alex simply because we're too tired and disorganized to search out other names, so if you have any suggestions I'd love to hear them. Thanks for your help!

It turns out that I did miss her deadline, but also didn’t:

Hi Duana, sorry for the delay in responding (as you may have guessed we had the baby, and things are crazy around here with three kids aged 4 and under). We named her Alexandra Rose in the end, and little Alex has settled nicely into the family. I feel like you actually responded to another person's name suggestions in a very helpful way for me, just before Alex arrived, so in a way you got back to both of us at the same time.

Happy holidays to you and your family, and all the best in 2016!

Thank you for keeping me busy enough that I’m not always able to answer all the letters, for reading and writing in when you don’t agree with my pronunciation or Benjamin distribution, and for caring as much about names as I do – this job is constantly amusing and surprising and reminds me that there are people who think ‘Nico’ is too common and that ‘Vera’ is too weird. Can’t wait for more updates! 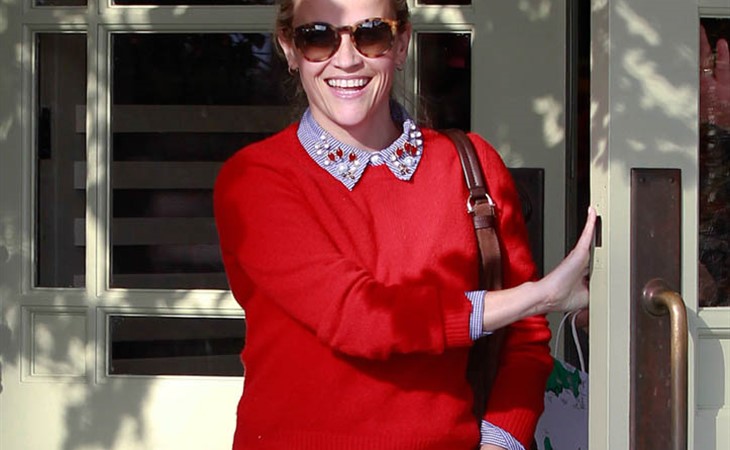 Reese Witherspoon's festive collared shirt that my mother would love 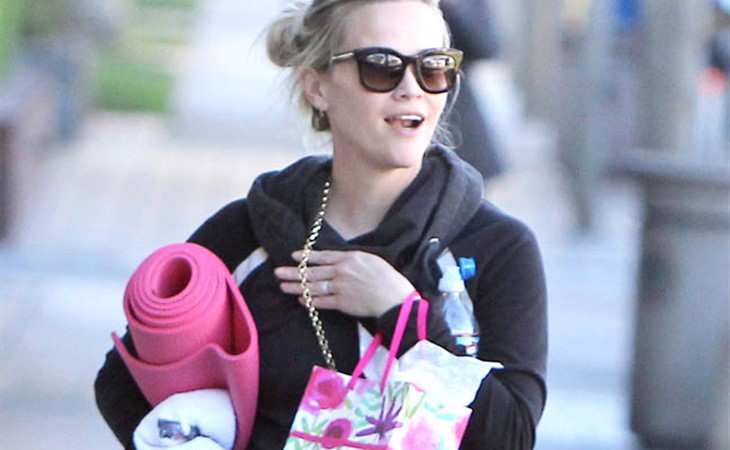