I would really appreciate your advice! Our first boy is due this summer and while my husband and I have agreed on a name, which I suggested and love, I'm having some worries about it.

We live in a very ethnically un-diverse community. Most everyone in our town has an English or Irish surname. However, my husband's family is European and our surname is very uncommon (and often mispronounced).  My family is Irish and I'd like that heritage reflected in the baby's first name. So the name we've picked is an old Irish name, and we like the Gaelic spelling of it with the accent and all. There is an Anglicized way to spell it, but we prefer the traditional spelling, which is not pronounced in English the way it's spelled.

My issue is that, if we name our baby this, unless he moves to Ireland one day, we're pretty much guaranteeing him a lifetime of having to spell out and correct the pronunciation of his name for everyone. His teachers will always mispronounce his name on the first day of class in front of all his friends (his first AND last names probably), he could very possibly get teased by other kids... My first name was uncommon when I was growing up and I remember being teased and resenting my parents for not naming me something more "normal". However, it's the only boy's name I really like and, amazingly, my husband likes it too. We haven't been able to agree on any other name. I can't explain it, but I feel like I've known my whole life that this would be my son's name. I don't even know when or where I heard it; we certainly don't know anyone with it.  Maybe I should also mention that we already have a daughter with a first name that is not unusual (but which also reflects my family's heritage). Are we being selfish to give this name to our son knowing he might experience regular annoyances for his entire life because of it?

[Okay, for the readers: It’s as if she were going to name her son Eóin, which is pronounced Owen. That’s not the name, but it’s the same basic dilemma.]

The thing is, there are two sides to this. On the one hand, I believe we are getting much more open and easy where names are concerned. Everyone understands that names come from a wide variety of backgrounds, that you don’t necessarily pronounce it the way it’s spelled in ‘English’, and that it doesn’t have to be Anglicized. I really love that there can be a Trúc next to a Davison next to a Moishe. That’s as it should be, and I think stammering over pronunciation and all ‘your name is WHAT?’ is silly, and mostly it’s from our parents and their friends. I think as we all have kids we should get over it.

And to be honest, I don’t think the pronunciation is that difficult to figure out. I do think an accent is super-extra outside of Gaelic-speaking countries, so you have to decide how important that is for you, because I strongly suspect that you’re going to be writing it in by hand on a lot of birth certificates and other forms.  Otherwise people are going to think it’s a mistake. It’s not a perfect world.

Also, kids don’t tease other kids about their names. I’m almost sure of it. For being uptight about the correction of it and meticulous addition of an accent? Sure. For a million other reasons? Of course, until the end of time. But what the hell do you think these kids are going to be named that they’re going to have any call to make fun of him?

Having said that…why belabour it? Why is it so important that you not spell it the somewhat easier way? (I should further clarify that this doesn’t mean bastardizing the name.  ’m not suggesting Maddilynn. It’s an accepted Anglicized spelling.)

I think this hesitation is what’s killing you here. If you had a concrete reason, you could stand behind your choice, or realize it’s not that difficult, or realize it doesn’t matter that much and use the Anglicized spelling. But I’m not sure why you’re so sure that the only option is to set him up for difficulty, which I’m still not sure he’ll have. Irish people go beyond Irish borders, there are other guys name Eoin who have successfully made their way in the world, and everyone has been able to figure out Siobhan. He’ll be fine.

Here’s the one thing you must must must do though. Whatever name you choose, just say you chose it because you love it. Don’t giggle all apologetically “oh we gave your sister an easier name”. If he has trouble with the name – whatever one you choose – let it be his trouble and his to come to terms with, not an idea that you plant in his head. You may be surprised (but I might not be) that his coaches and teachers and friends are utterly unfazed, and if so, don’t worry about the idea that you think it’s odd. It’s just his name. 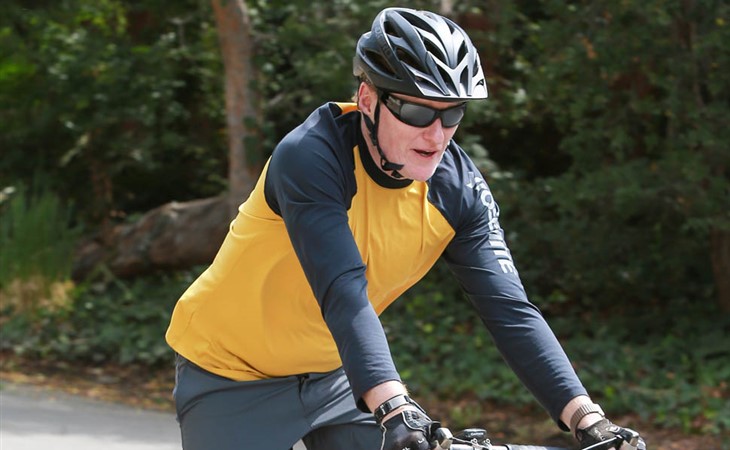