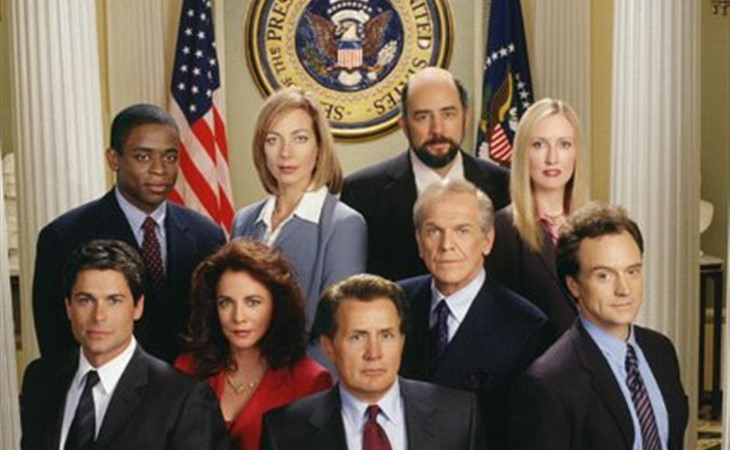 Duana Names: I Serve At The Pleasure Of…Who?

Here's the lowdown. My husband and I are expecting our first in September...baby's sex to be revealed in the delivery room. I just got back from vacation where I devoured your book and decided it's time to start getting serious about name selection. Up until this point I thought something would just 'come to me', but so far I'm struggling. Baby will have my husband's last name, which is one letter away from Lynn. I think with the right first name/last name combo we could really find a name that sings, I just haven't discovered it. Especially when I think of what I consider to be pretty great names with similar surnames like Loretta Lynn or Lois Lane...to me those names have some punch. I just haven't come up with the right combo.

My goal is to find a name that is familiar but not boring. And no 'Utah names' (see, I told you I just read your book!). And seeing as how we live in the Midwest, there are names I've vetoed because I knew the regional accent would butcher it. Case in point: Montgomery. Love it, love Monty as a nickname. But around here the hard 'T' in Monty would be problematic and he'd sound like everyone calls him "Money". Yuck. A funny thing I've discovered about our naming strategy thus far is we seem to be working backwards. It's as if we're picturing the type of adult we want our child to be and gravitate toward names we think suit. Which we think explains why a lot of our favorites come from characters on The West Wing...plus we're both generally obsessed with the show and probably watch the series from start finish once a year. We want to raise a person who is ambitious, hard working, quick-witted, with a dash of sarcasm and a dollop of humanity (too much to ask?) and before we knew it our baby name list read like that of a nutty Sorkin fanclub.

I've settled pretty firmly on a girl's name that is, in my opinion, pretty perfect. Sort of a 'hiding in plain sight' name that I've never heard anyone else my age use that I absolutely adore: Joanna. I love that it's simple and elegant, but not too precious. It's grown up, but still appropriate for a little one, and passes the Supreme Court Justice test.  And if she does ever adopt the nickname 'Jo', I'd be totally psyched as Little Women is one of my favorite works of literature. I also like it with husband's last name. Runner-up girl names are Claudia (see?), Corinne, Margot, Laurel, and Daryl.

(I am a bit stuck on middle names, if you have time to weigh in. Joanna was my pick, so I'm really hoping to go with one of husband's suggestions for the middle name, and he's a bit more daring. He has a fascination with the name Calliope...not really my jam, but I could be talked into it, and I think it flows nicely. Penelope could also be a possible compromise. He loved the name Sloan, which I sadly vetoed because I didn't like it with his last name. I also thought about Tegan as a possible nod to husband's Canadianness and love of Canadian artists.)

My real predicament - and I know you get this all the time - is what to do if we have a boy. I'm stuck. And if I had to put money on it right now, my gut is telling me we're having a boy...so there's that. It seems that when I find a boy name I like, I fear it doesn't really 'go' with Joanna in the event that the next baby is a girl. I know parents usually start with a fresh batch of names with baby #2, but if a girl is ever birthed from my loins, I'd really love for her to be named Joanna. Thus far, the only boy name that has clicked with us has been Joshua (oh, hey Sorkin). Again, feels grown-up yet boyish, and I haven't heard it used on a newborn recently. I also like the idea of calling him 'Joshua' rather than 'Josh', and I'm delighted at the idea of our little 5 year correcting people with "Actually it's Joshua". All big pros for me...the only real con being the possibility of having siblings with 'J' names. I'm just not sure how I feel about that. My second favorite would be Perry, which husband isn't really feeling. Other names I've liked have been Scott, Adam, Julian, Paul, and Samuel. As for husband, he keeps throwing around Josiah/Jed in hopes that I'll bite (see...we're obsessed). Is there even a theme here? A connecting thread? Feels like I'm all over the place. I'd just like to find something that leaves me feeling happy and content, like Joanna does. If Joshua is really the winner, wouldn't I have settled on it by now?

My hope is that you'll provide me with one of two things: either you'll respond with praise and love for a name we've already picked and it will give me the reassurance to stick with what we've got, or you'll have some perfect name hidden in your back pocket that I hadn't thought of yet. Which I realize is what everyone is probably writing to you for...but I figure it never hurts to put your state your intentions clearly :) My main concern at the moment is that I'm playing too safe, or that I've selected a name that's right on the cusp of blowing up in popularity.

Thank you in advance for your guidance!

I don’t know. I actually debated with myself over who was most verbose on The West Wing, and I mean really…it could be any of them, and any would be impressed with the breadth of information available in this letter.

I kid—and I’m spoiled for details here, too. You’re not as lost as you might think you are, but the reason you might feel like you are is kind of curious and unusual.

It starts with your girl’s name—don’t change it, don’t go anywhere! You love it, you’re right that it’s kind of singular among parents having babies right now, and it wasn’t even that common among the previous generation, so it’s not like it’s going to be seen as a ‘mom name’, at least, not in the same way a baby Ashley or a baby Jessica would be. It’s ‘around’, but it’s not riding a wave of popularity either up or down. I buy what you’re doing here. Joanna Lynn. Timeless, placeless—it’s doing exactly what you want it to.

And it speaks to your style, which I might call something like ‘post-hipster-normcore’. The names you’re interested in are definitely not trendy, and not tied to a particular era. That is, other people also like Margot or maybe Claudia, but you’re out there on your own with Laurel or Corinne or Daryl, the frill-free but still feminine choices that I imagine being worn by a sophisticated woman architect on a show in the 80s who wears big cowl necks—and therefore singular choices for a new baby that won’t be worn by anyone else.

That’s not a bad thing, which you already know. But the reason you feel so adrift boy-wise is because boys names haven’t suffered from the same trend trajectories as girls’ names—names don’t fall out of favour with as much high-low swing. Which means you’re faced with the opposite problem—Joshua, for example, is definitely still in the mix for newborns, at #33 in popularity in 2015. Unlike Joanna, though, it’s most certainly a ‘dad name’, along with all the others on your boy list, including Adam, Paul, Samuel and Scott. Not Julian, I should say, which is a name I love – it’s much more in line with trends of today—so whether that’s okay or not is up for you. I love Josiah, even if I cast a slight side-eye at the jump to the nickname Jed…but it’s hovering around the top 50 in the US, too.

And now a hefty sidebar worthy of Bartlett himself…if you have no idea what the references have meant up to this point, we’ll see you one the other side:

For what it’s worth, I found the names on The West Wing quite inconsistent. The men are named these very, very old, traditional/biblical names, and the women—lo, the women, for they all have either gender-neutral or brisk tomboy or traditionally male names, because otherwise how could they function in Sorkin’s universe? Ainsley. C.J. Andy. Amy. There’s the more overtly feminine Donna, of course, but she’s supposed to be the idiot you have to explain everything to, so there’s that. See also Mackenzie McHale. I can reconcile that CJ would use her initials in the male-dominated West Wing, but how about in her previous life as a publicist making half a million a year? That woman would be Claudia, no joke. While I never run out of bones to pick with Aaron Sorkin (Lainey: F-CKING SORKIN), he is definitely not the only one to do this—many many showrunners, male and female, fall into this category of women who wear ‘male’ names being more interesting, as though you can imbue them with the spirit of Murphy Brown. It’s enough already.

I actually think your magic boys’ name may be found along the lines of some of your close-but-discarded names. Perry is a good example. Nobody will startle at that name, but it’s not going to be heard often at all. So okay, it was rejected by your husband, but it gives us a place to jump off from, and triangulating it with Montgomery, we have someplace to go.

My first thought was Terrence. Though I caution you strongly – strongly -  against thinking that you can override the general population’s inclination to nickname, especially with a name like Joshua where every guy called that is called Josh (seriously, you cannot win, because you have to consider the two years before he can correct people who delightedly greet him all “HelLO, Josh!”), something like Terrence is offbeat enough that people might not immediately jump to Terry. Or maybe they would, but you like that name so it works?

Other names that live in this not-lived-in space are names like Keith. Or what about Vincent? Louis? It’s more popular than some of the others, but it doesn’t have the hipster popularity of something underused but suddenly adored by old-fashioned name lovers, like, say, Harvey.

Basil? Simon? Trent or Clark or Dean? Hey, as I work through my love affair with Leon and Lionel, what about Lyle? I’m not trying to walk too far into Mad Men territory here, but I also know that in going toward Alistair and Dexter and Wilfrid, all of whom could walk freely through the halls of the West Wing, I might be taking you to a frillier hipster-ier place than you want to be. 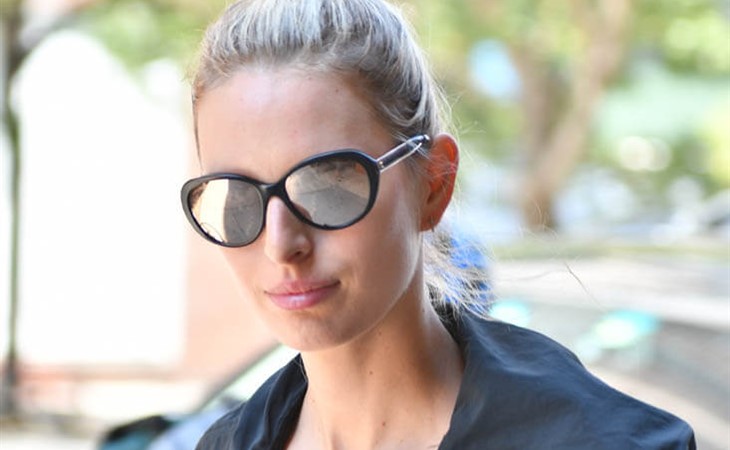