I'm expecting my third kid in December, and haven't a clue where to start with the name game. I'm also short on time to ponder my options, with an almost 4- and an almost 2-year old in the mix.

My husband is French Canadian and we speak mostly French at home, so a name that works in both languages is important. We don't know the sex of the baby, but a boy would probably make our task trickier -- we exhausted a longish list of options to arrive at our first two boys' names: Arthur (Artie to our Anglo friends and family) and Félix. We both love Gaspard and Bernard, but my kids have my hubby's last name, which also ends in '-ard', and that just seems goofy.

For a girl, I love Agnès (or Aggie!), but I'm not getting much traction with that one, due to the "gnne" sound. I'm optimistic that we'll find a girl solution (Celeste and Bernadette have come up, although I'm generally trying to avoid names that end in obviously feminized suffixes, like '-ette' '-a' or '-ie').

Character is what I'm after. And something that will help baby hold his or her own with two big bros.

I read your note and thought ‘agree, disagree, agree, disagree’. Remember those French cahiers we would work in in school, and you’d have to answer ‘oui’ or ‘non’? I feel like I went back and forth as I read your question.

For example, I agree that you have a trickier task to handle if you name a boy, mainly because Arthur and Félix are great options to choose. But I’m not sure that I agree that Gaspard or Bernard are automatically out because of your surname. For example, I said out loud “Gaspard Bernard”, using ‘Bernard’ for the surname, and I don’t dislike it at all (as I learned from ‘Prep’, it’s an assonant name), more so if the surname is more than two syllables, which I do agree could be a little bit rhyme-y.

So, since your two sons’ names are also currently popular, how about Olivier? Easy to be Oliver to the uninitiated—but maybe it was eliminated from your longish list the first time. Gabriel? August – though please, please note that I don’t mean you should call your son Août. Adrien? Henri? Or are these feeling pedestrian?

Because there is character in Emile, and in Marcel, and in Pascal, which I’ve heard coming up more and more lately. Even in D’Artagnan, if you feel brave enough to use that. I mean, even I can recognize that might be a bridge too far; Victor or Julien might be plenty rich enough. But don’t feel afraid to go a little outside the norm – a name that’s uniquely his is part of what will help the kid feel like he’s able to take on two big brothers.

So then, when we come to girls, I agree so wholeheartedly with Agnès – please, please choose Agnès! I love it so much, especially in French, and I actually think it softens the sound that can, in English, sound harsh.

But then I disagree about avoiding ALL the feminine suffixes. I hear you on any given one – with a single exception, I can’t really stomach the ‘ie’ ending either – but I’m not sure you can eliminate all of them,  because you’re cutting out some serious contenders. I mean, you can choose Avril or Azure, Clemence or Cecile or Jacinthe (it’s been a while, Jacinthe, welcome back!), Margot/aux or Patrice or Anais. There are never enough occasions to use Genevieve, so if this is one of them, please avail yourself of it. Colombe? Isabeau, even?

But if you cut out all the feminine endings, you’d be missing out on Celeste (and her inverse, Estelle), Geneva, Juliet(te), and countless others. I just came across Raphaella. That is a beautiful name! I know you don’t want your daughter’s name to automatically say “FEMININE OF BERNARD!!!” but there are some names (Elodie, Penelope, Nadine, Eva, Delphine, Vera) where the end is justified by the means.

Let me know! I am excited to see who joins you thus-far well-named ranks! 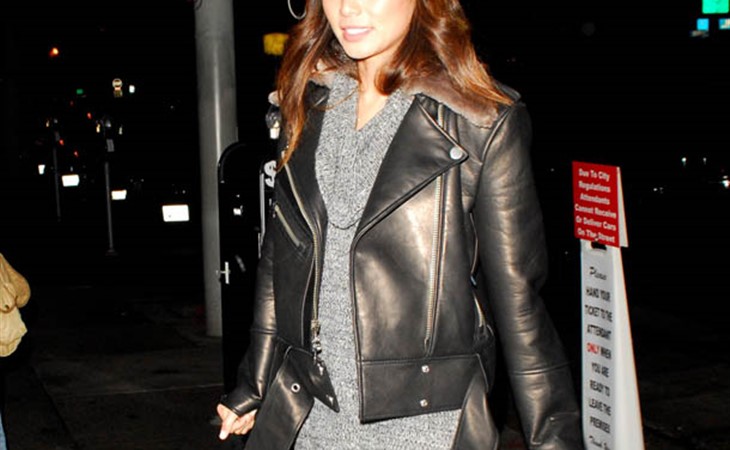 Top 10 Smutty Fitness Tips: No 5 Be prepared, Plan Ahead, Call a Friend