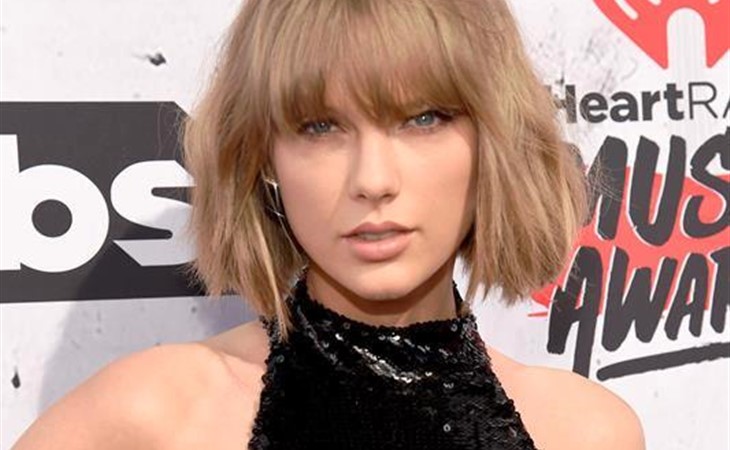 Having my first child, a daughter, in July. My wife is set on naming our daughter Taylor. She picked the name when she was very young and while she says she's open to other names, in practice, every name I suggest gets shot down. Even when she suggests another name, she ends up saying "I'm not sure I love it though," and the conversation ends. Do I hate the name Taylor? No, but I'm not in love with it and feel like we can do better.

Some names I really like that have thus far been rejected are Jordan, Harlie, Hayley (this was actually her suggestion originally that I embraced), Parker, Skylar, Cayden, and Spencer. We are completely undecided on middle names. Last name is two syllable and starts with "M," and I don't want her to have the initials M.M. Any ideas for names I can suggest or ways I can approach this in order to find a name that we both love? So far the best one my friends and family have given me to try to convince her to compromise is to propose completely ridiculous middle names like Swift.

Okay! Yes! I don’t know where you are in the world, C, but here it is a snowy Monday in APRIL, and this letter is brightening up my day in all kinds of ways. First because I do not often get letters from men, though I love them and think names are for men as much as for women. (N.B. – I know the writer is a man as a result of other information, not because of the word ‘wife’.) But more importantly, you’ve highlighted a naming difficulty that we usually hear about from the other side, and I’m so thrilled about it.

Often, I get letters from women saying that it’s their partners who are stuck on one name and won’t budge, though they throw more and more names at them hoping to sway them. I love that this is the story from the other perspective.

This is what you say:

“You know what? I know you love Taylor, but I’m not in love with it, and I feel like we can do better. Taylor’s off the table. But I’d love to hear about other names that you love.”

Right now you’re in a position where Taylor is the name to beat for both of you, sort of, but she’s never going to let any other name come close. It’s not a fair fight, like when American Gladiators had the joust and the challenger was too short to even grip the giant Q-tip jousting stick before getting knocked off.

So take Taylor out of contention. It’s not an option. You and your wife, who are doing this together, are not naming your daughter that. Then, freed of that presumption, see what other names your wife comes up with. If she really struggles, you can have a couple in your back pocket at the 11th hour, but don’t go back to Taylor because ‘nothing else seems better’.

I’m not trying to create marital strife here, but you have to think of this like a treasure hunt, or The Goonies. You don’t leave anyone behind, and everyone has to be equally happy at the end. One person settling doesn’t work, unless you have one of those agreements where the other person gets to name the next kid. But you have to be much more mature than I am for that to work.

Another note—it does seem as though you and your wife have a similar style, but that style itself seems maybe a little dated. There are a lot of Taylors who are 25 now, as you accurately pointed out – but also a lot of Jordans and Hayleys and Skylars who are too. Okay, fine, some Skylars. Is part of the reason that the names aren’t clicking maybe because they don’t feel fresh?

How about Waverly or Rory or Mila or Layla or Zadie or Tierney? Monroe and Marlowe are both popular, but might be up your alley? Hazel? Juna? Winnie?

Let me know! But hold firm. You’re not being mean or unreasonable, you just want a name you both love—and you should. 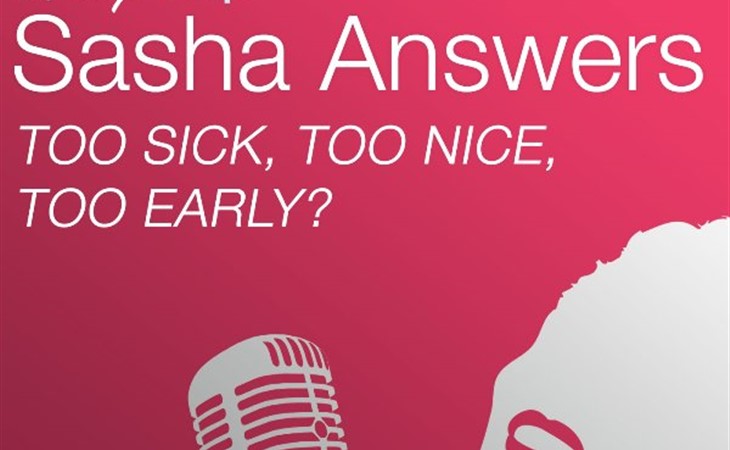 Sasha Answers Podcast: Too Sick, Too Nice, Too Early?