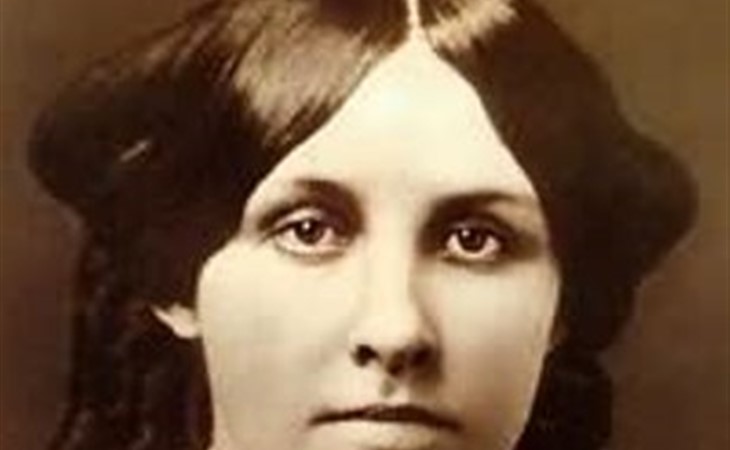 Duana! My sister is having her first baby in September, and we need your help. We are obsessed with names, and have been discussing this for years. I have a spreadsheet... We're in deep.

We both grew up with unusual names for the time, which I think has made this so important. My mom, a Susan born in 1955, channeled her frustration at being one of 50 Susans she knew into picking some pretty great names for us. My sister loved how much people liked her unique name and wants that for this new baby!

The father thinks we're a tiny bit unhinged but he's a great sport, and has come a long way over the past few months. They are all set on a boys name, which is a family name on our side and the father loves it.

So we're down to the girls name. Last name sounds like Clover.

Alice:
They both love Alice, but they are worried about popularity and don't love the flow with the last name as much as they'd like.

Martha:
Was an early favorite of my sisters, which the father has come around on recently. People seem to hear Martha and go "hmm", though. Might be coming off as dusty?

Frances:
A name we all love in my family (my grandfather had a funny habit of referring to all girls as Francis and all boys as Charlie). The father was not a huge fan initially, but just this weekend he said it's one of his favorites.

Louisa:
Both my and my sister's front-runner. Has a beautiful flow, recognizable, but not popular. The issue, which has popped up frequently to our shock, is that people (including the father) initially hear "Luisa" with a Spanish pronunciation. We're going for Louisa, like Louisa May Alcott. Luisa is lovely, as well, but it's just a completely different name. Right? Are we the crazy ones?

We're hoping the father might come around on this like he did with Martha and Francis. Could "Lucy" be a nickname for Louisa? Having a nick-name might help convince him.

Marion is another contender, and the father's favorite is Wendy. A long way from week one when he threw out "Brittney".

Does this spark anything for you? We'd love more suggestions so we can keep talking about this in exhaustive detail over the next 5 months.

I don't understand how people can say "the middle name will be x" before they pick the first name! How will you know if they sound nice together?! They have tons of great middle names to choose from, so I didn't include any of that here.

You’ve illustrated a point I’m not sure I have made before, but which I love. I’ve always thought that your name tastes are shaped by the people around you and of course by what your own name is. But if you’re named by a name nerd, then the story of your name, and where it came from and what it means, is as important as the name itself.

I love that you and your sister are in this together, and that the father is, you know, amused. Pretty sure my sister and I have had conversations like this, and our respective spouses were similarly perplexed/bemused. But, as you keep writing, ‘he’s coming around’. Not least because the more you hear names, the more you like them, because they sound pleasant to your ears.

I love that he’s coming around, and so I am struggling to mitigate what I’m about to say, which is that the only name choices I have problems with are his…but let’s leave that for a minute while I talk about some of the other choices.

Alice – I mentioned a few weeks ago that Alice is not as popular in my real life as people who write to me think it is. Abigail? You bet. Amelia? Tons. Charlotte? Yes, for sure. Lily? I mean come on. We all know Lily to the fifth power.

But Alice has been talked about a lot and not used a lot, at least in my area. I wonder if there was some sort of reverse-Tina Fey effect, where she was at the height of her press and was mentioning Alice all the time, and some people thought it was a great name but didn’t want to choose the name of a TV star’s kid, and others thought weirdo Tina Fey was too weird a person to emulate her baby name? I don’t know. But I hear about Alice being popular way, way more than I hear Alice being used. Still, there’s the flow thing, so maybe not this one. ***

Martha is so stylish right now. Incredibly. Fusty five years ago, even odd when it was given to the fictional baby of Sookie St. James on Gilmore Girls, but incredibly stylish today. Think of Judd Apatow’s daughters Maude and Iris as guideposts.

Louisa is also charming, and sure, you could use Lucy and Lulu as nicknames, though Louisa doesn’t really need one. As for the pronunciation though, you’re fighting a losing battle. Not that they’re not different names, because they are—but not everyone is certain about what those names are.

If you don’t know what I mean, let me explain via the woman’s name Leslie/Lesley.  To me, this name is crisp and lovely only when it has a hard ‘s’ in the middle. LESSSSlie. Like Lester. But some people insist on ‘Lezlie’. Some people—nay, some Lesleys – even prefer it! The distinction is so small that it’s hard to have a discussion about it, whereas there’s a much clearer line to be drawn if you’re talking about Matthew vs. Matteo, for example.

There’s a similar but not identical distinction between Francis and Frances – they are distinguished for men and women by that last vowel. The female version is the –e-s- one, and depending who you ask, has a slightly flatter ‘esss’ sound. Are you all getting my onomatopoeia here? My point is that you may correct people ‘no, it’s like Louisa May Alcott! Like Jo March?!?’, and they will nod back at you. “Yeah, exactly! LouiSSSa! Gorgeous name!” We can’t fix all the people all at once.

But the thing about these previous four names is that they’re all right in the pocket of what’s happening but still distinct – even Alice! I could see a child being distinctive yet in the general flow with any one of them. That’s why I startle slightly, and then attempt to correct myself, about Marion and Wendy. They’re lovely names intrinsically, but as opposed to the four above, they’re of a different generation. In fact, they’re current ‘Grandma names’, more likely to have been given to people born in 1945-55 than to those born in 1920…which is roughly where we’re getting all our trends these days: Abigail, Arthur, William, Emmeline… see what I mean? A child named Marion or Wendy today will very, very likely be the only one in her class forever, whereas – hold onto your belts – the same cannot definitively be said for Martha. But she might also have the same name as people’s grandmothers, which, for kids, doesn’t feel amazing and adorably vintage – instead it can feel a bit awkward and out of step. Put it this way - nobody’s writing ‘Wendy’ or ‘Joanne’ in that weird Etsy-script that’s all over Instagram. “Adelaide”, yes, “Susan”, not yet. In fact, this all comes back to your mother, who started all this. Name trends tend to loosely follow the names of our grandparents. A Susan, like your mother, is a contemporary of Marion and Wendy—whereas their mothers might have been called Eliza or Frances, and thought those names were in turn, old fashioned. I don’t want to crush the father’s good efforts here, but I do want to point out that, for those who care about names, it’s a distinction worth noting.

But look, this is academic. Because the good news is you (all) have many perfect options, not just one, and that I’m really into this communal baby naming scenario, among-close-family-who-will-not-announce-until-the-baby-is-born.

Still, keep in mind that everything is changing. Our parents know how to text. The level of unusual that your names garnered may be harder to find without resorting to Hepzibah.  Since headlines like this are ready to blame mothers for naming their kids wrong, on top of everything else, there are more people searching further afield for names, and we have a global village now (see above re: I know what Tina Fey named her kids. And Amy Poehler. And Rachel Dratch), so rare is not as rare as it once was, and that’s OK.

***If I’m way off base on Alice, I want to know about it. Hit me up with how many you know of under age 10, and I will fully accept anecdata about the kids in your cousin’s classroom across the continent, etc. 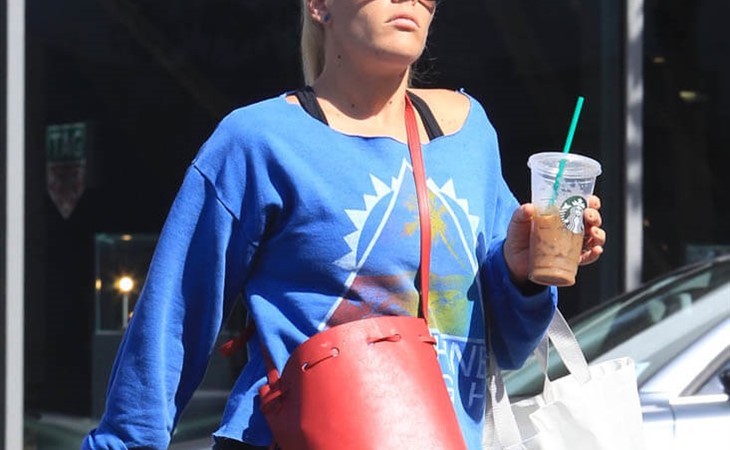 Smutty Fitness: Delayed by a shoulder 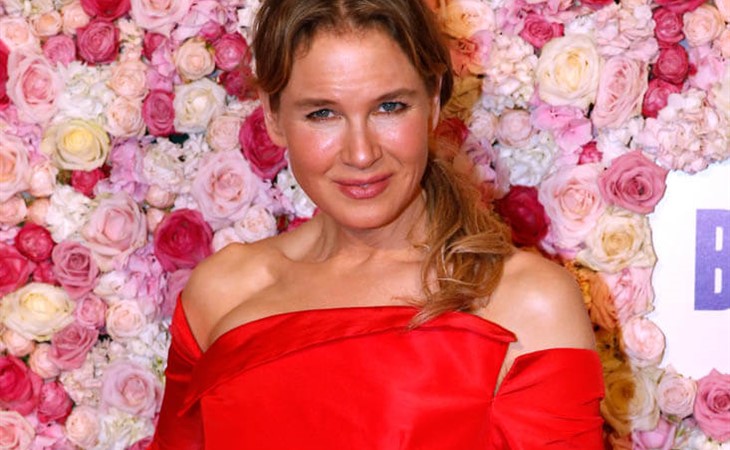